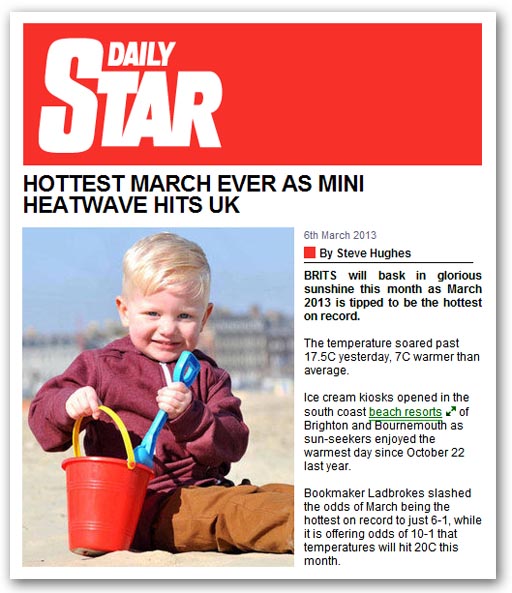 That was less than a week ago. And now we have the Telegraph reporting that snow and freezing gale force winds have caused travel chaos across the country as Britain faces some of the coldest temperatures of the winter.

To be fair, the "experts" are not involved in the Star forecast. The paper is relying on a Ladbrokes spokeswoman, on the basis of bets placed, saying that, "we're confident it’s going to be the hottest March ever rather than the coldest". But, on the other hand, this is the organisation offering odds of 11/10 on a Labour majority at the next election.

Punters, it would seem, are rather better at predicting elections than they are the weather. But then, Mr Cameron is making it rather easy for them.
COMMENT THREAD
Posted by Richard at 22:39