EU regulation: the sledgehammer to miss the nut 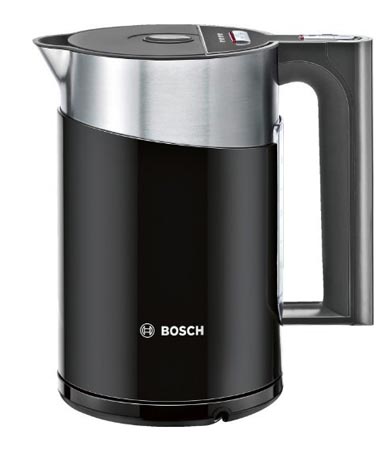 Most of us are familiar with the EU's waste electrical and electronic equipment (WEE) directive, aimed, or so they say, at reducing the quantity of electrical and electronic waste produced, and to promote reuse, recycling and other forms of recovery.
One wonders, though, whether this regulation is not a little misplaced, when – according to an intriguing piece in Saarbrücker Zeitung, much of the equipment would not need to be discarded, if it wasn't for the deliberate strategies of consumer goods manufacturers. The paper rehearses a familiar scene: the warranty expires and the machine breaks down. Everyone has experienced it but consumer experts believe that this is not accidental. They suspect there is a system to this, in order to force customers to buy new products. Jocularly, I have many times suggested that certain equipment is fitted with a "self-destruct" chip, programmed to make an appliance break down the moment the warranty ends. And now, a Green parliamentary group commissioned study effectively conforms the suspicion that things lasted longer in the past. Whether printers, headphones, washing machines, coffee machines or electric toothbrushes, manufacturers build weaknesses into the designs and use materials of poor quality to ensure that their products break or wear out faster. The authors of the report estimate that artificially reducing the usable life of equipment could cost Germans as much as €137 billion, assuming that households spend about a tenth of its budget for wear-prone devices. The existence of this scam was demonstrated in one type of computer printer. The manufacturer had incorporated a counter and a system to cripple the machine after a certain number of pages had been printed. After resetting the counter, the printer worked perfectly again. Electric toothbrushes were another example. They often contain batteries that cannot be replaced and the charging function is rapidly exhausted. The device must be discarded and a new one purchased. With laptop computers, the researchers found that housings and built-in components were often glued, making repairs so difficult and expensive that they were largely uneconomic or impossible. Headphones are yet another example. Cable breaks due to inferior workmanship are now common under normal use, to the extent that they have become the norm. Washing machines suffer broken heaters because of fatigue, which is now the most common cause of breakdown, the frequency of that defect having risen significantly in recent years. Rigging spares availability is also practised. For instance, door handles for appliances are often not available separately; when they break, the customer has to buy the whole door. Zippers, shoes, textiles, office chairs and many other consumer items are designed not to be capable of economic repair. My particular bête noir is electric kettles (pictured). Heating elements seem to last no time at all and cannot be replaced – even if spares were available, which they are not. Consumers, therefore, are forced to replace otherwise perfectly good kettles. And the point that the Greens make – rightly for once – is that this planned obsolescence creates huge piles of unnecessary rubbish. However, where we depart from the Greens is in suggesting that, rather than pursuing laws to deal with the discarded product, it might be better to address this issue. Doubling the average life of consumer products would, perforce, halve the waste. The Greens are calling for clear guidelines "for the reparability and interchangeability of parts", but another strategy would be to devise statutory minima for warranties. For most products, it would be relatively simple to ascertain a reasonable life, and if manufacturers were obliged to replace short-life machines, free of charge, we might see a change of attitude. Unspoken, but nonetheless implied, is a rebuke to those who argue for light-touch regulation. We all have our stories to tell, and in addition to the kettle sage, I recall having to spend several hundred pounds replacing an undamaged windscreen wiper assembly, simply because a small but vital rubber grommet had perished. Then there was the computer monitor which failed because a simple component overheated, but which cost more to replace than the cost of a new monitor. When I took it to a specialist in the hope of repair, he guessed what was wrong, before even opening it up.As always, therefore, the corporates rob you blind. Slick PR presents them as the consumer friend, but their ultimate objective is to take as much money from us as they possibly can, in return for as little as the market will allow. Where price competition is strong, they simply find other ways of rigging the market. Between them and us stand the regulators, but it is our misfortune that we are saddled with the EU as a regulatory body. It seems to have a genius for making the wrong sort of regulation, to cover the wrong contingencies. Theirs is the doctrine of the "sledgehammer to miss the nut", so that we end up paying for the regulatory costs as well as being cheated by our suppliers. Leaving the EU would not guarantee us sensible (or even better) regulation, but at least it would enable us to try a different tack.