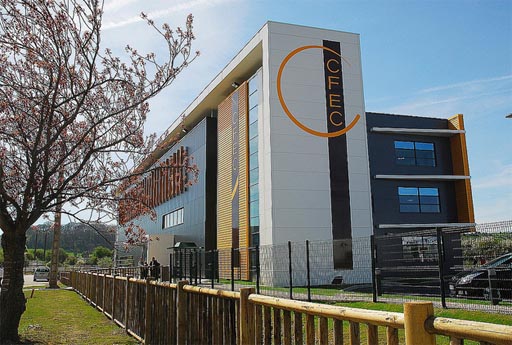 I am so pleased that Nestlé has been caught up in the horsemeat fraud. When food safety was "big" in the European Parliament, with the passage of the first tranche of the "hygiene package" which was to introduce HACCP, Nestlé was very much in evidence, lobbying hard for this paper-based system.At the time, I was trying to forge a cross-party alliance against the scheme, warning it would be a disaster. Even to this day, I remember a conversation with Roger Helmer, hoping to get him on-side. But his dismissive response was: "well, the industry seems to like it".One of the other big lobbyists in Brussels at the time was McDonald's, and that should have told Helmer exactly where we were going. The corporates love HACCP. It is the ultimate in bureaucratic system – devised by a giant bureaucracy (NASA) for other bureaucracies. It saves them a fortune in hands-on checks and, more to the point, giving them effective immunity from prosecution when the system goes wrong, which it is always going to do. Relatively low-key in Britain, reflecting the parochial, "little Englander" tendency of the legacy media, the German press are playing it big, as a German supplier, H.J. Schypke, is involved. Thus we seeSpiegel gleefully proclaiming: "horse meat scandal reaches Nestlé", one of many papers to feature the story. With the Irish adulteration episode, the Spanghero fraud, and now this, this is possibly the third, separate production centre to be affected, each ostensibly unrelated to each other, reinforcing the view that we are dealing with a complex network of international fraud. As before, the network here is complicated, involving Nestlé-branded products, apparently contracted to JBS Toledo, part of the Brazilian-based JBS – the largest beef producer in the world – and then contracted to Schypke, with its state-of-the-art factory in Mühlen, between Bremen and Bielefeld, not far from the Dutch border. Schypke itself is a big, prestige player, its website boasting that it sources "impeccable raw materials" to "guarantee a consistently high standard of our finished products".This, as it is turning out, is the usual corporate BS that has now ensnared Nestlé the world's largest food producer. It has announced that it has been forced to withdraw two chilled pasta products, Buitoni Beef Ravioli and Beef Tortellini from sale in Italy and Spain. 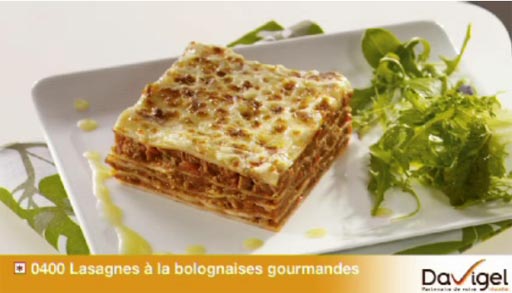 However, it has not stopped there. A high value product called Lasagnes à la Bolognaise Gourmandes (pictured immediately above), a frozen meat product for catering businesses produced in France, has also been withdrawn. With what appears to be a separate adulteration episode of a processed beef product, this further magnifies the horsemeat affair and puts it in a different league.

Crucially, this is a high-end catering product, produced by the billion-euro Nestlé subsidiary Davigel - part of Nestlé Professional - from a massive industrial complex just outside Dieppe.

Nestlé are being very coy about naming their own company, not least one assumes, because their own restaurant customers do not want their clientele to know they are being given factory-produced meals. Nor are they talking about adulteration. The press release is headed: "Supplier found to have mislabeled beef".

According to RTP News in Portugal, Nestlé has also admitted to removing the Davigel lasagne from sale in Portugal, although it did not identify Portugal in the original press release. This was the first media reference we had seen to Davigel but the adulteration is confirmed by another source. And now, the identity of Davigel has been further confirmed by FranceTV and AFP.

"One batch was affected," said Antonio Carvalho, spokesman for Nestlé Portugal, without being able to specify the quantity of products to be withdrawn or the number of customers who had purchased this lot of lasagna.

One can understand the coyness. Davigel is listed as a frozen horsemeat supplier in a business directory, as is its Belgian satellite, Davigel Belgilux NV. But the firm will be extraordinarily sensitive to any adverse publicity as it has just expanded into the lucrative hospital catering sector, with a market potential of 500 meals a year. Last year, the first contract was signed with the University Hospital of Toulouse, committing to the sale of two million meals.

Davigel says it is offering an improvement in the quality of food, with a range of dishes grouped under its "healthcare catering menu". The firm says it is scientifically proven that "patients recover faster when well nourished", suggesting that its foods "can help to reduce the period of hospitalisation".

The involvement of this catering supplier knocks into touch the idea that the horsemeat adulteration only affects freezer-fodder for the chavs, driven by pressure from cost-cutting supermarkets. Davigel is in the quality catering market, the group employing 3,000 workers, with a fleet of 550 vehicles servicing 10,000 restaurants.

With delicious irony, Davigel opened in April 2011 a training centre for "culinary expertise" (CFEC), located in Dieppe (pictured top), to train catering "professionals" in the use and presentation of food.

Now, with the involvement of Davigel, we would appear to have four widely separated European production centres all selling manufactured products adulterated with horsemeat – the Dublin-based Glencore, Comigel in Luxembourg, Schypke in North-west Germany, and Davigel in Northern France.

Davigel is a serious game-changer. At last we are beginning to see the issue for what it is. The affair is a massive, international epidemic of fraud, involving a series of multinational companies - across the quality spectrum - which appear to be wholly unable to contain it. We are witnessing a system failure on a heroic scale, now affecting tens of millions-worth of product.

This is a gigantic economic fraud. It is about time we treated it as such, and stopped letting the lefties using the affair as a platform to pursue their multifarious agendas, ranging from anti-capitalism, to social policy, public-sector jobs and animal rights. We need to focus on the real agenda. We are dealing with a multi-million, international fraud, and should not allow ourselves to be distracted.