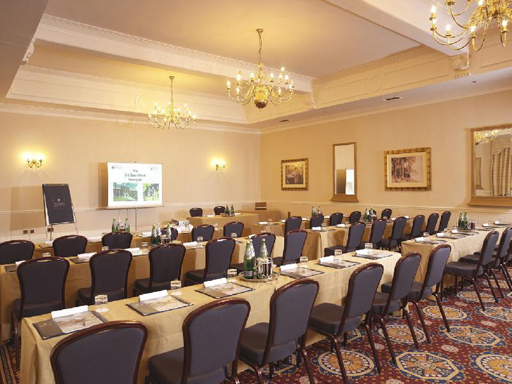 Raedwald offers a useful perspective in his piece this morning, picking up on the Old Swan meeting. Appealing to our masters to give us some democracy back is "like requesting clemency from Heydrich", he says. "We don't request, we demand our freedom".

That is the essence of a movement, as distinct from a political party. We are not appealing to the people for votes – we are the people. We make our votes – and our consent to be governed - conditional on certain reforms to the system.

Such was the stance of the Chartists, and we are adopting the same line. We will frame our demands and then pursue them single-mindedly. The politicians who agree to our demands will get our votes, and our co-operation. Until then, it is no deal.

If that sounds highfalutin, it isn't. As we pointed out yesterday, in theory, the power in a democracy rests with the people. If this is a democracy, we need to test it, by framing our demands and seeing them fulfilled.

Interestingly, no one has suggested that we work with the existing political parties. But then, as Raedwald points out, they are now a tiny minority. The big three lost over three million members since the 1950s, Between them now, have less than one percent of the electorate as members.

The scale of the losses is indicated by the fact that the Tories alone lost over a one million members between 1979 and 1997 - when in government. It was then that the great centralisation took place. Local parties were disempowered and the power was drawn into a metropolitan elite clustered around Westminster, Whitehall and Victoria – and Notting Hill.

Whether a new movement can achieve anything, of course, is open to question, but the one thing certain is that working within the system cannot succeed. The political parties are simply a system for collecting funds, recruiting and processing candidates, and fighting elections. They have nothing to do with democracy.

To succeed therefore, requires not the dull, frigid conformity of a dying political system. No fundamental reforms ever came from within the system. It is always the outsiders, looking in, who make things happen.

Here, the manifesto is a tried and tested device, and one is reminded here that the shape (and success) of the Tory party relied on exactly that, the Tamworth Manifesto of 1834, which laid the foundations for the modern party. How fascinating it is, though, that the "People's Charter" appeared only four years later, in 1838.

Peel, with his manifesto, and the radicals with their Charter, were both addressing reform of the system, and here we are little short of 200 years later having to focus on the same issue – the fundamental lack of democracy in the system.

Like the Chartists, though, we must expect a lukewarm response. As Raedwald notes, the "tame and drugged press" has become willing partners with the elites of the big three, swallowing press releases being much easier work than real journalism.

How else would the fatuous Brogan be able to sing the praises of John Major, the man who sold out the country at Maastricht and destroyed the Conservative Party in his determination to get the treaty ratified?

Nevertheless, my erstwhile co-editor in the background makes some cruel jibes about beer kellars, but our venue could not be more different … the Rose Room rather than the cellar (pictured above) – light instead of darkness. And it will be set out boardroom-style, rather than as the classroom shown – a discussion rather than a lecture.

But there is one thing in common with that dark movement. Small groups of people, sufficiently motivated, can prevail. The basic arithmetic is simple – there are more of us, the people, than there are of them. The only requirement for success is the belief that we can succeed.