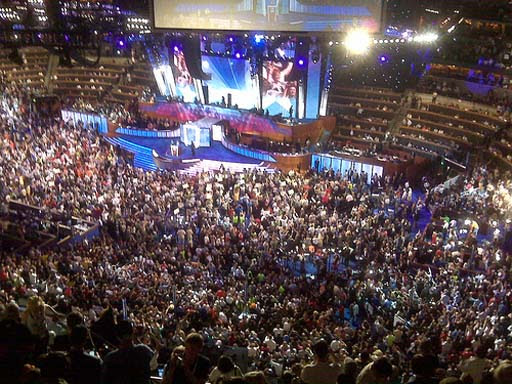 The Failygraph today publishes a long whinge from Don Porter about the state of the Conservative Party.
Porter was chairman of the National Conservative Convention and deputy chairman of the Conservative Party Board, so one might presume that he knew a little of the subject about which he writes. Typical of the genre, though, he is a shallow thinker, and has very little to offer.
The thrust of Porter's complaint is sound enough – that there has been a "growing disconnect between the party leadership and the grassroots, and a loss of clarity, principle and policy direction". The voluntary party has been neglected, and the party leaders have lost touch with their members.
But in offering some very slight remedies, such as the election of party chairmen by the members, as opposed to being hand-picked by the leader, Porter has not even begin to study – or understand – the reason why the Party has centralised and finds its branch members so unnecessary.
Most likely, the root of the problem lies with television and the way the medium has steered general elections into a presidential campaign format. More and more, it is personalities that dominate the contests, to the extent that people are effectively voting for the man (or woman) rather than the party.
This means, of course, that an election campaign has to be planned and managed centrally. A local hustings meeting will be lucky to get a few dozen uncommitted voters, whereas as single sound-bite on prime-time television will reach millions. In terms of vote gathering, the effect of the constituency parties is very slight indeed.
Rather than address the minutia, therefore, the answer to Mr Porter's problem may lie in addressing the root cause. As we suggested earlier, we might separate the electoral contests by having an elected prime minister.
On this basis, the central party system can run its presidential-style campaign, but the local parties should take complete charge of the elections for their own MPs. If local politics are to mean anything, the constituency parties should be in charge of their own destinies.
A clear break between the local and the national, between prime minister and MPs, would help do that.
COMMENT THREAD
Posted by Richard at 09:35