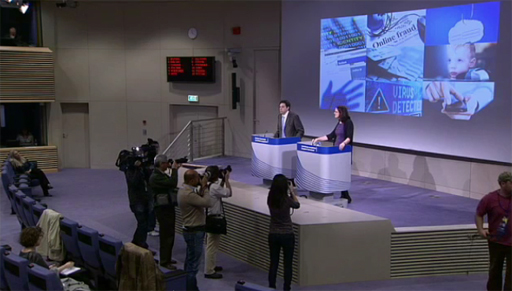 High-level hyperventilation is the order of the day in the Daily Wail as it "reveals" the unspeakable horrors of the government's "Big Brother plans to spy on all internet visits, emails and texts".

Not least, we are told, the plans will cost the taxpayer £2billion, while the Office of the Information Commissioner has said the case had "not been made" to justify the sweeping expansion in the power of the police and other public bodies to trawl through private communications, including visits to Facebook and eBay.

But, whether the case has been made or not, these are EU-inspired plans so they are going ahead regardless. This development is an integral part of the EU's Internal Security Strategy, launched by Cecilia Malmström, EU commissioner for home affairs, without fanfare in November 2010.

What is now happening at the UK end is that the British government – in common with other member states – is working with and assisting the EU commission in trialing "EU-led operational programmes", each member state developing the individual building blocks which go towards making up the integrated EU policy.

The internal policy is in turn part of the overarching European Security Strategy, set up in December 2008 and, with an eye on controlling terrorism and cybercrime.

Latest of the developments, happening only last week, was the launch of a Cyber Crime Centre, a working division of EuroPol, which will build up to a vast EU monitoring facility, announced by commissioner Malmström in a Brussels press conference on the Wednesday.

Initially established with a staff of thirty in the Europol facility in The Hague (in the former Gestapo building), this can only be a temporary home. Its expansion and extending remit will require a massive, purpose-built facility in the not too distant future. 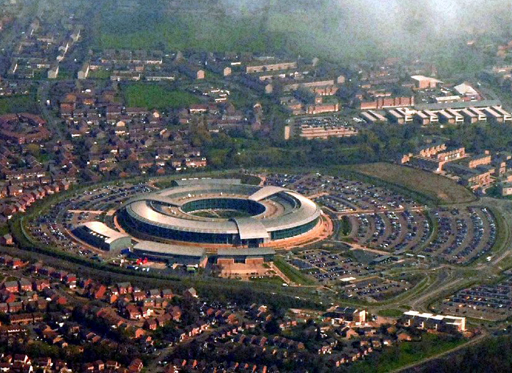 Here you start to see possible links with the British initiative, which focuses on GCHQ in Cheltenham as the monitoring centre. What better home could you find for the European centre than the self-same GCHQ, thus bringing in EU money to help support this extremely expensive government operation?

And this is how the EU pork-barrel works. A member state happily works away developing EU policy, apparently unilaterally, all to provide a template which the EU can then adopt. The reward comes with the allocation of an agency or EU facility and the cash that comes with it.

Yet, for all the weary predictablity of this, the EU dimension almost completely escapes the MSM, which resolutely focuses on the domestic scene, with not the first idea of what is going on. Big Brother is here, wearing the ring of stars - and the MSM doesn't even notice.