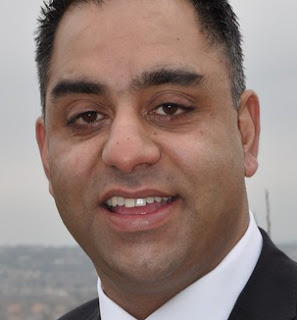 ThePurple Scorpion picks up something I might have missed – a comment in The Spectator by Fraser Nelson last Friday, in the wake of the Galloway win, charging that, "the government is lucky that UKIP is so dismally led".

I don't know that leadership has been solely responsible for UKIP's poor electoral performance, but it can't help. A measure of its dismal performance, however, can be seen in its complete failure even to mention the "pasty tax" debacle – one of many EU-related issues, on which UKIP has no opinion.

As for the Bradford West contest, in which UKIP also entered a candidate, Farage's comments now look singularly inappropriate.

George Galloway, he said, "is little more than a political opportunist desperate to remain in the limelight to keep his Z-list celebrity credentials intact", then adding: "Voters have become fed up with the empty promises of the so-called big three parties and are increasingly looking elsewhere".

Well, they did look elsewhere, but not at UKIP. Polling 1,085 votes, candidate Sonja McNally came fifth, beaten by the Lib-Dims with 1,505 votes. Clearly, the electorate was not impressed by Farage's claim that: "UKIP is slowly and surely building up a credible reputation in local politics and giving the others a run for their money".

But, what most commentators seem to have missed out is that, in the 2001 election, UKIP fielded a candidate who got 427 votes. In 2012, a candidate who shared the same name polled 8,201 votes. Both were Imran Hussein, only the second time the name appeared on the voting slips, Imran (pictured) was standing for Labour.

I don't know what lessons we can learn from that, but one can't help but wonder if history might have been different, had UKIP again fielded an Asian candidate.