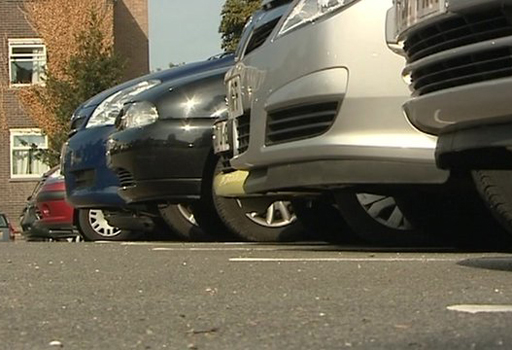 Local authorities – alongside government in general – seem to be able to work to a different economic model from the rest of us. They can charge for "services", such as public transport, which they then don't supply, or for which they make extremely poor provision, having siphoned off the funds for other enterprises.

Having thus milked the accounts, they can then charge even more money, on the promise that the money will be used to "improve" the services that they should have already been supplying but have not.

That is the basis of Labour's Workplace Parking Levy (WPL), which was introduced under the Transport Act 2000, about which the Daily Wail is currently hyperventilating.

This is because the fees under the scheme became payable in Nottingham yesterday, the only council so far to have taken up the scheme, where drivers may be forced to pay £288 a year just to park at work, although the charge is levied on the employer.

The council itself claims that it will be using the revenue to support the improvement of public transport facilities, and that the money will be ring fenced. But you just know that the amount of money from the general fund will be thus reduced.

In effect, therefore, this is just another cash grab by a local authority. The only surprising thing is that other local authorities have not woken up to this money-making scheme, delivered to them on a plate by the last Labour administration.

So much, incidentally, for the Tories promising to end the war on the motorist. There has been no sign of the coalition administration ending this tax. In fact, in its January 2011 Transport White Paper, and again in December 2001, in response to the "Red Tape Challenge", the administration committed to keeping the scheme.

In the insulting way that they do, however, they have simply told us that they will "require any future schemes to demonstrate that they have properly and effectively consulted local businesses, have addressed any proper concerns raised and secured support from the local business community".

And that is the way modern government works these days. Black is white, down is up, darkness is light and burdens do not impose a burden. And they wonder why West Bradford voted for Galloway?