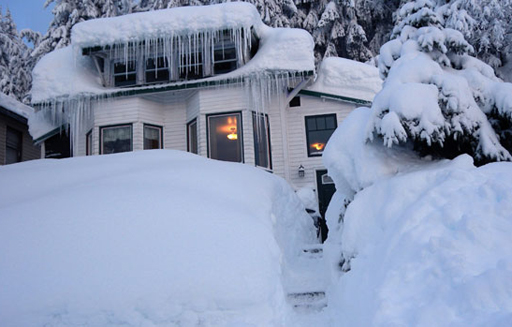 It may be relatively mild in Britain, but not so in Alaska which is suffering an "exceptionally harsh" winter with snow at crisis point in some locations.

Thick ice in the Bering Sea is also giving problems. The US coastguard's only functional icebreaker in the area, the USCGC Healy, is having difficulty getting to grips with ice up to 2.5 feet thick in the approach to the seaboard town of Nome, which is running out of diesel and gasoline. 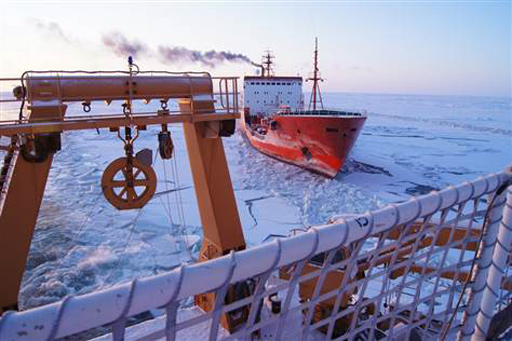 After a ferocious November storm prevented the November delivery, the Russian tanker Renda has been despatched to deliver 1.3 million gallons of petroleum products.

Escorted by the icebreaker, the tanker was due to dock yesterday, but now no arrival date has been scheduled, with the ships about 165 miles away from the port.

Interestingly, Cmdr. Greg Tlapa, executive officer of the Healy, complains of the ice conditions changing constantly. When they reach heavier ice, he says, the path is closing between the two ships. In such cases, the Healy has to double back to relax the pressure from the surrounding ice. 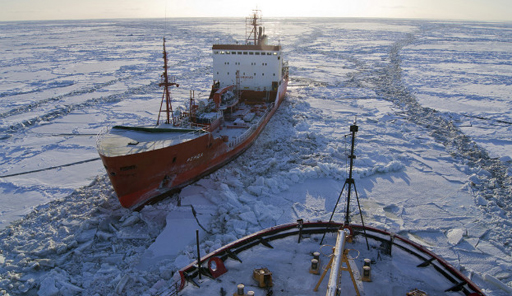 The scale of the mission is unprecedented for the Coast Guard in the Arctic, Tlapa says, perhaps regretting that the US is not equipped with heavy icebreakers capable of close-coupled towing, of the type we saw a year ago in the Okhotsk Sea.

One does wonder about the National Snow & Ice Data Center, however, which is reporting that "Arctic sea ice continues to shrink", with ice extent "particularly low on the Atlantic side of the Arctic, most notably in the Barents and Kara Sea".

One really hates to think what the ice might have been like if there had been no global warming.