He says, she says 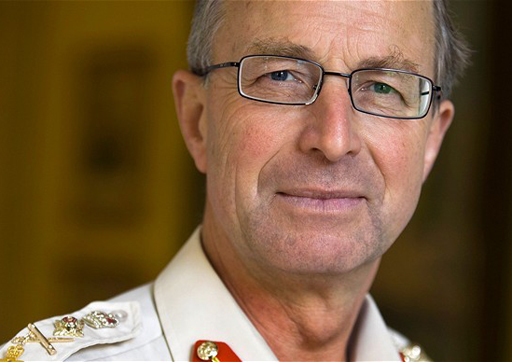 In a new book reviewed by the Great Sage Con Coughlin, we have Sandy Gall, the former ITN presenter, give an account of the views of the current CDS, Gen Sir David Richards, on the campaign in Afghanistan.

With the appearance of being disarmingly frank, Richards seemingly takes to task John Reid, defence secretary at the time, for his view that "we would be perfectly happy to leave in three years' time without firing one shot because our mission is to protect the reconstruction", despite "intelligence assessments conducted in southern Afghanistan concluded that they would receive a hostile reception".

We appreciate that we are looking at a review of the book and not the book itself, and Con Coughlin is far from reliable on this matter, but it looks as if there is an attempt here to pin the blame on the political establishment – which is fair enough – and exonerate the military, which is not.

The brass, as we know, was just as gung ho for Afghanistan as the politicos, especially Gen Dannatt, who saw it as potentially a more fluid conventional war, which his troops were capable of fighting and which – unlike Iraq – they were capable of winning (as long as he was able to buy the FRES utility vehicle).

However, Richards would be unwise to give the military a completely clean bill of health, so we get (via Coughlin and Sandy Gall), a sort of admission of failure, with the assertion that "Sir David says that the British military establishment was ill-prepared for the deployment of forces, despite its leading role in the overthrow of the Iraqi dictator Saddam Hussein three years previously".

It is this phrasing that made me fall off my stool, and then to attack the keyboard despite not (yet) having read the book itself (which was published on 19 January). Even if Richards then concedes that the military establishment was "ill-prepared" and with a "rather amateurish approach to high-level military operations verging on the complacent", that does not even begin to describe the level and degree of failure.

First of all, it is not really appropriate to make comparisons between the operation to overthrow Saddam Hussein (i.e., the invasion of Iraq) and the operation in Afghanistan. A better (although not entirely adequate) comparison would have been with the subsequent occupation of southern Iraq, both campaigns being counter-insurgency operations.

Given that that British occupation of  Iraq had been an egregious failure – and one which the Army still has difficulty recognising – one has to take it almost as a done deal that the Army would fail in Afghanistan.

I will stop there, returning to the subject when I have read the book, other than to observe that, once again, we again seem to be in "he says – she says" territory, where the current idea of writing history is to gather a collection of interviews of leading players and stitch them together to make a narrative.

However, while entertaining on occasions, and giving some insight into the minds of those involved, oral history is one of the least reliable resources available to the historian, and especially when it comes from senior military officers and politicians, who will be seeking to cover their backs and put a spin on their involvement.

This is where Jack Fairweather's book went wrong. Everything the leading players say must be taken with a pinch of salt. To have any value, it must be cross-checked with the evidence – and the documentation, where available – and be consistent with the actual events.

Nevertheless, in an age where "human interest" dictates the approach to news gathering, and "feelings" count more than facts, evidence-based history is deeply unfashionable. These days, your book must be well-populated with people sharing the innermost thoughts or you are not a "proper" historian.

It is also much easier to produce "stream of consciousness" narratives – especially when this is the stock-in-trade of the average journalist (which is why also the material gets good reviews from follow journalists, all pissing in the same pot).

However, maybe when I get the book, I will be pleasantly surprised, and have to eat my words. But before this, we shall have to wait upon the pleasure of the great lord Amazon to deliver.