Blurring the chain of responsibility 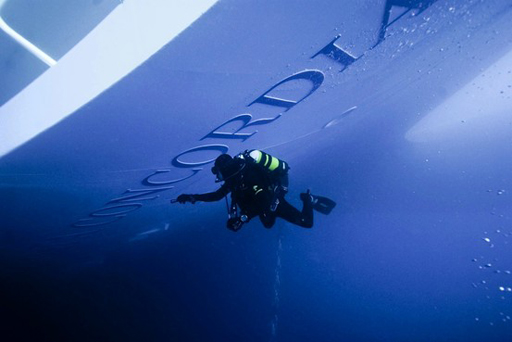 Costa Cruises chief executive Pier Luigi Foschi seems to be rather keen to put distance between himself and his errant captain, Francesco Schettino. He has, according to Reuters, suspended Schettino and the company has declared itself an injured party. They were not aware of unsafe practices involving ships coming close to shore to give tourists a better view, they say.

But it could be that Foschi doth protest too much. Even the fact that Schettino steered his ship too close to the rocks may not be entirely his responsibility if, as is being alleged, the company did actually know of the practice of sailing close to the Tuscan island of Giglio and did nothing to stop it.

However, while the captain may have to take the ultimate responsibility for driving the Costa Concordia onto the rocks, it needs to be remembered that there are many separate and distinct phases to this incident. The collision with the rocks is one – the ship capsizing is entirely separate.

And while the company may succeed in distancing itself from the collision, it may have more difficulty disclaiming responsibility for the subsequent capsize. As set out in my earlier piece, there may be design flaws which caused the ship to capsize, making the disaster far worse than it should have been.

The issue here is that ship like the Costa Concordia are not supposed to capsize. Although they look top-heavy, they are in fact immensely stable. Thus, the regulatory philosophy is that the ship should remain intact and upright in all but the most extreme of incidents, allowing it to become – as the saying goes – its own lifeboat.

But the possibility of there being problems is evidenced by the fact of the capsize, and that the hole in the hull is sticking out of the water. It should be under the sea, a fact noted by professor Philip Wilson of Southampton University. "That is where the water came rushing in," he says. "In other words, the ship seems to be lying on the wrong side".

This possibility is further reinforced, perhaps unwittingly, by a statement on the Costa Concordia today by the EU Commission, a full week after the original incident. It reminds us that, despite new ship safety legislation having been promulgated in 2009 – viz Directive 2009/45/EC - the commission a year later set up another review on passenger ship safety, to ensure the legislation "keeps pace with the latest evolution in design, operational procedures and technology".

The question is immediately raised as to why such a review would be needed if there was any great confidence in the adequacy of current legislation, and suspicions that it might not be adequate are raised with today's statement.

Crucially, we find that the commission is stating that the review must now explore whether current stability rules on passenger ships need further updating. In particular, it says, this must be in relation to ships, damaged and/or exposed to bad weather conditions.

It is this issue of so-called "damage stability" in respect of large passenger ships that especially needs review as the current standards go back to IMO regulations from 1993, before the current work on damage stability had been undertaken.

The EU itself had the opportunity to update damage stability requirements in 2009, having regard to the research which it had funded. But such rules would only have applied to vessels flagged by EU member states and to vessels plying the waters of EU member states – leaving the rest of the world covered by the older and less demanding IMO code.

And what emerges from the legislative review is that the EU is reluctant to go further than the IMO standards, for fear of driving ships operated by EU member states into nations running flags of convenience.

But even without that, competition for the lucrative cruise market is global and ships forced to comply with more onerous EU law, plying the Mediterranean, would be at a trading disadvantage with US registered ships cruising the Caribbean. Customers are motivated as much by price as location.

The IMO has, in fact, been working on updating its own regulations since the year 2000 but has yet to address damage stability issues in large passenger ships.

It too seems to be treating the Costa Concordia incident as a wake-up call. ""IMO must not take this accident lightly", it says. "We should seriously consider the lessons to be learnt and, if necessary, re-examine the regulations on the safety of large passenger ships in the light of the findings of the casualty investigation", it adds, in its formal statement.

It would appear, therefore, that safety regulations are very far from being adequate, but the big question is whether the owners of the Costa Concordia knew this – or should have known.

As part of the Carnival Corporation - the world's largest cruise ship operator – it seems inconceivable that someone did not know. And given that that may be the case, we may still be seeing Pier Luigi Foschi in the dock – unless conformity with regulations is taken to be sufficient for absolution, blurring once again the chain of responsibility.