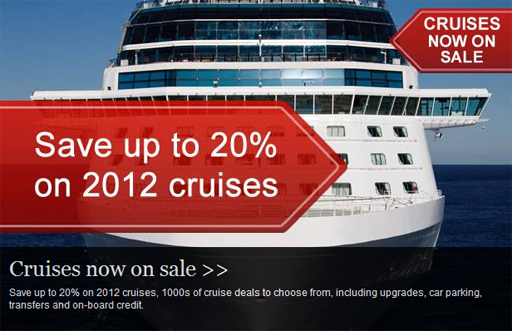 From a purely lay perspective, and one that is completely uninformed, the configuration and size of the current generation of super cruise liners seems to be asking for trouble. Apart from concerns about stability, which may or may not be unfounded, there is the very real issue of speedy evacuation in the event of an emergency.

It has been said many times before that the size of the larger cruisers is such that the crew and passenger numbers approach those of a small town. Getting upwards of 6,000 people speedily into lifeboats is no mean feat.

In the case of the Costa Concordia, the ship struck an outcrop of rock at approximately 9.30 pm and the ship began to list at 9.50pm. The signal to muster to lifeboat stations was given at 10.10 pm yet, by 2.30 am the following morning, there were still 300 people aboard awaiting evacuation. On Sunday, stragglers were still being rescued and, currently, 17 people remain unaccounted for.

Given that the rescue was carried out in near perfect conditions, one needs little imagination to speculate on what might have been if the ship had been far out to sea, in rough weather. Casualties could have run to hundreds, if not thousands.

Given the proliferation of such ships, and the fact that there have been previous incidents – for instance, the Sea Diamond in April 2007 – one might have thought that cruise ship safety would become a major issue in the media.

However, in contrast to the readiness of the newspapers to get scares running on all manner of issues, one is struck by the emollient, soothing tones of some newspapers in response to this incident. For instance, The Daily Telegraph's "cruise expert" Douglas Ward, himself a former ship director, believes the tragedy was "an aberration".

Interestingly, this reassuring tone is not unusual for the Telegraph. After a fire on the Norwegian cruise ship Hurtigruten last year, one sees Jane Archer in the paper considering "the dangers of holidays at sea" (below).

"While the thought of an accident at sea is scary", she trills, "I am reassured by the tough safety legislation that has come in since the Titanic disaster that lays down clear emergency procedures". In like tone, she continues:


Get the crew to their emergency positions and passengers to their muster stations so they can be accounted for quickly and easily. Evacuation is a last resort, to be decided by the captain. The captain will give direction to the cruise director, who keeps passengers informed of the emergency.

Passenger Shipping Association director William Gibbons said no one can legislate against cruise ship accidents but emphasised that they are unusual.

"Shipping is highly regulated by international standards which include regulations covering the safety of ships, their crew and passengers", he said. "Crews undertake regular training and drills to cover all possible incidents".

This is at such variance to the reality that, in the light of reports of chaos during the evacuation of the Costa Concordia, one wonders whether there is another agenda at play.

And, of course, there is. Apart from taking a considerable advertising revenue from cruise operators, newspapers such as the Telegraph sell cruises themselves (see advert at the top of this post), including on the Hurtigruten. In the Telegraph's case, this is with the help of the egregious Jane Archer. Furthermore, the paper gives Costa Cruises a nice little puff.

It is hard to believe, under such circumstances, that newspapers can offer objective information on ship safety. One would not expect totally objective advice from travel agents, and that is precisely what newspapers have become. Thus, true to form, up pops Jane Archer again, telling us that the Costa Concordia cruise disaster "may lead to a drop in bookings, but cruising offers good value and remains the safest form of travel".

This puts media bias in a different league. With newspapers already in hock to their advertisers, we must also expect their other commercial interests to take priority over the objective truth. And where else, one wonders, does money talk?