The elephant in the tunnel 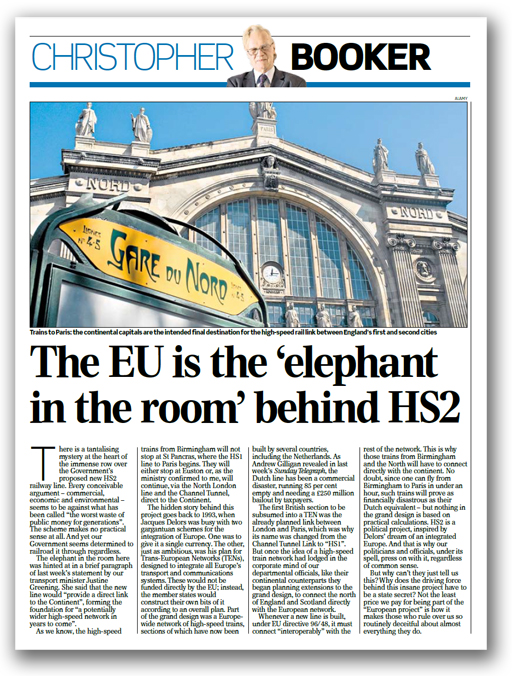 Booker spills the beans on HS2. In the on-line version the headline has it that: "The continent is the final destination for HS2", with the strap, "The London to Birmingham high-speed rail link is part of a Europe-wide scheme dreamed up Jacques Delors back in 1993".

It is important nevertheless to stress that there is no element of compulsion on the part of the EU, in requiring our politicians to implement the scheme - as we pointed out earlier. But, as Booker identifies, it is a political project, inspired by Delors' dream of an integrated Europe. And that is why our politicians and officials, under its spell, press on with it, regardless of common sense.

Only under the thrall of this spell could supposedly Conservative politicians countenance such damage, illustrating that, when it the EU is involved, anything goes – even electoral suicide.