EU politics: in "Europe" and ruled by Norway 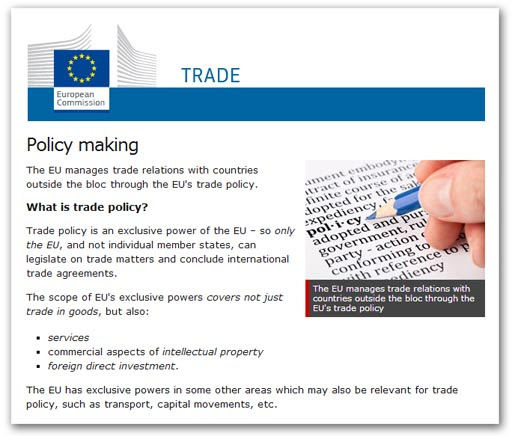 When he says that we need to be members of the EU to gain access to the Single Market, Mr Cameron should be aware that this is what he is getting for our money (illustrated above). "Trade policy", says the EU Commission, "is an exclusive power of the EU – so only the EU, and not individual member states, can legislate on trade matters and conclude international trade agreements".
What Mr Cameron should also be aware of is that this has wide-ranging practical implications, the like of which have barely been spelled out in any public forum. But despite that, he still argues that we must stay in the EU, because "we need a say in the rules of that market".Take for instance, our car industry which last year produced 1.58 million cars, exporting a record amount. Much of that success, we are told, is the result of the Single Market, and if we left the EU, much of the car industry would move out of Britain – presumably because Britain no longer would have a say in making the rules. But who actually makes the rule for the car industry? Does Mr Cameron actually know? Does he realise that they are no longer made by the EU? When we actually look at where they do come from, we find our old friend UNECE looming large. Its Transport Division, based in Geneva, provides secretariat services to the World Forum for Harmonisation of Vehicle Regulations (WP.29), and has been doing so for more than 50 years. By its own account, the World Forum incorporates into its regulatory framework the technological innovations of vehicles relating safety and environment impact. WP 29 was established on June 1952 as "Working party of experts on technical requirement of vehicles". The current name was adopted in 2000. As to a little bit of detail, the core of the Forum's work is based around the "1958 Agreement", known formally as "Agreement concerning the adoption of uniform technical prescriptions for wheeled vehicles, equipment and parts which can be fitted and/or be used on wheeled vehicles and the conditions for reciprocal recognition of approvals granted on the basis of these prescriptions". This was augmented by a further Agreement in 1998. As helpfully explained here, these form a legal framework wherein participating countries (contracting parties) agree a common set of technical prescriptions and protocols for type approval of vehicles and components. The UNECE instruments, produced under the Agreements, are classic "diqules". As quasi-legislation, they have no mandatory effect until converted into laws by the territorial bodies signatory to the agreements (contracting parties). Despite that, they used to be called "UNECE Regulations" or, less formally, "ECE Regulations". Since many non-European countries are now contracting parties to the Agreements, the regulations are now officially entitled "UN Regulations". Through this, each contracting party's type approvals are recognised by all other contracting parties. 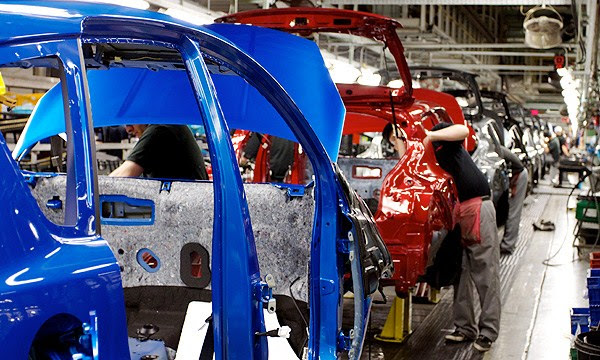 There are currently 57 signatories to the Agreements, including non-EU countries such as Norway and the major vehicle manufacturing countries of Japan and South Korea. And the EU is also a part, having acceded via Council Decision 97/836/EC of 27 November 1997 and Council Decision 2000/125/EC of 31 January 2000.

And now for the interesting bits. When it comes dealing with the World Forum, we see thisinteresting report. The European Commission on behalf of EU Member States, it says, seeks "continuously increase their involvement in the Geneva technical legislative process, in particular by working within WP.29 and its subsidiary bodies in order to ensure harmonisation between UNECE Regulations and EU legislation".

As a result, we thus discover that the EU's own major regulations on the general safety of motor vehicles have been replaced with UN Regulations. They aren't EU regulations any more. They might have an EU label on them by the time they get to us, but they're made in Geneva, not Brussels.

Dealing with UNECE, of course, is part of trade policy – part of the Single Market, so the EU takes change. Graciously, the EU Commission allows Member States take part in the preparatory work of the UNECE working parties.

If it becomes obvious at this stage, the kindly EU tells us, that further discussions between experts are necessary, an informal working group may be set up within a working party with a view to making progress in the development of the Regulations. This may occur where there is a rapid development of complex new technologies. And we can even take part in these informal groups.

However, when it comes finally to agreeing the standards proposed by UNECE, the Member States have to take the back seat. The European Commission, it says firmly, "exercises the right to vote in WP.29 on behalf of the EU and its 27 Member States". Thus, despite the UK having major vehicle manufacturing interests, producing its 1.58 million cars in 2012, we have no direct vote on vehicle standards. We do not have a seat at the table.

Just in case you might ask, yes Norway – as a full member of UNECE - takes part in the World Forum. As an independent nation, it represents itself in the committees and votes on its own behalf. Despite having no indigenous manufacturing industry, it takes an active part in the proceedings.

What a fascinating contrast that makes. The UK, as a member of the EU, with its seat at the EU table, isn't allowed to vote on technical standards for motor vehicles, where the decisions are actually made – in Geneva. We get a seat in Brussels, but no seat in Geneva where it really matters.

On the other hand, Norway, which isn't a member of the EU, but is a member of the Single Market through the EEA, does get a vote in Geneva. Even though it doesn't have a car industry, it has more say in deciding on the standards to which our cars will be built than we do.

That, no doubt, is why Mr Cameron wants us to stay in the European Union.