EU politics: how to lose a referendum II 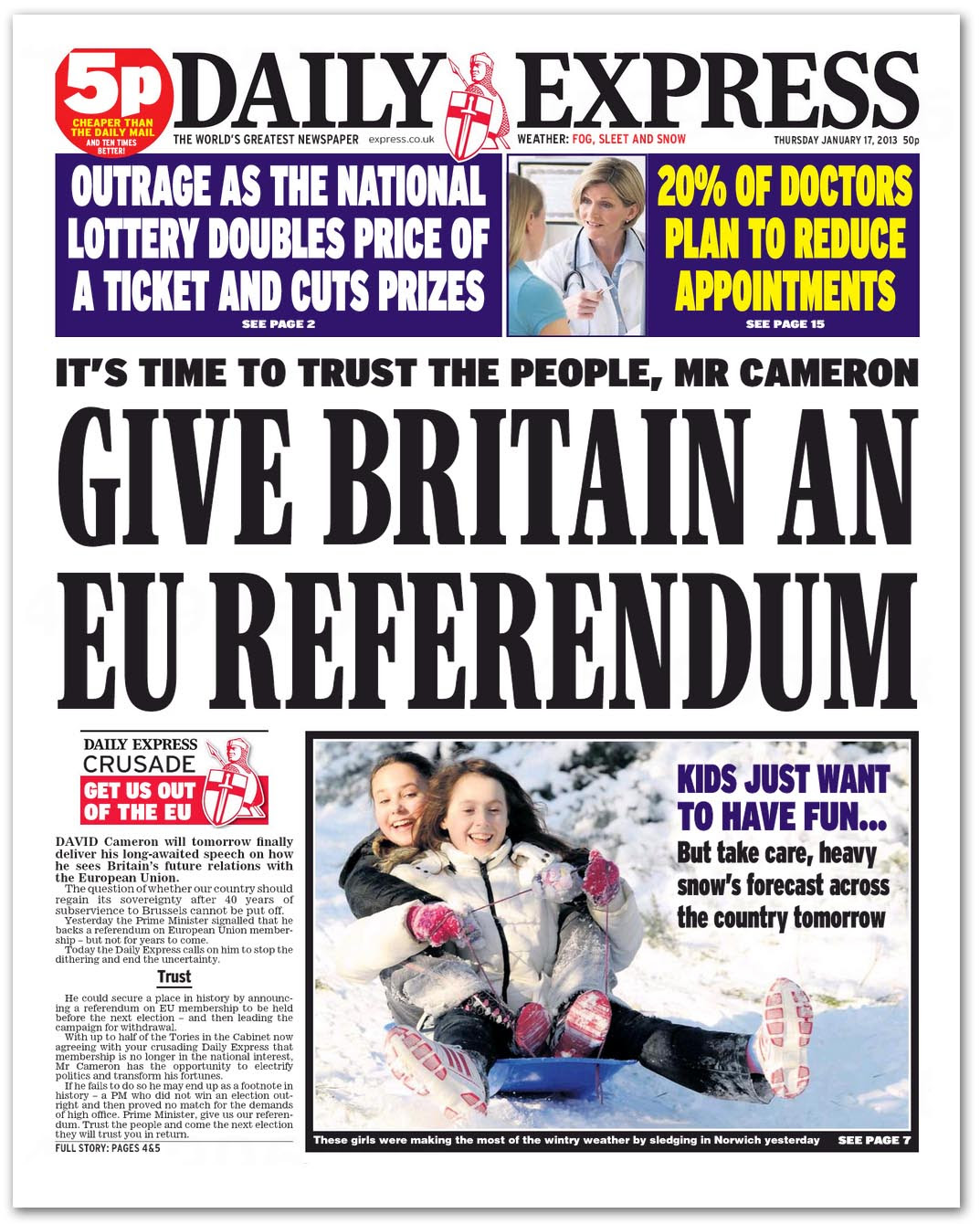 Its heart is in the right place but the tactics are also wrong: "Yesterday the Prime Minister signalled that he backs a referendum on European Union membership – but not for years to come", says the paper.

"Today the Daily Express calls on him to stop the dithering and end the uncertainty", it adds.  "He could secure a place in history by announcing a referendum on EU membership to be held before the next election – and then leading the campaign for withdrawal".

If we had an "in-out" referendum now, or in the near future – before the europhiles' FUD (fear, uncertainty, doubt) had run its course - we would lose. In five year's time, there is a chance we would be better prepared, and the sky wouldn't have fallen in, any more than it did when the self-same europhiles told us to join the euro, or else.

Fortunately, what the Express says doesn't matter. The campaign – if we have one – is not going to depend on the legacy media. Nor is the timing.

Furthermore, following the unacanny parallels with 1975, we must expect that the legacy media will sell us out, just like it did last time. For all that they occasionally give space to licensed dissidents, papers like the Telegraph and the Mail are europhilic at heart. When the time comes, they will opt for remaining in the EU.

But a long campaign has a completely different dynamic to a "quick and dirty" blitz. What will win the long game is, first and foremost, the power of ideas. We need to spend more time generating ideas at this stage, and less time worrying about the mechanics of campaigning. The right ideas will spread themselves.

This, of course, is partly the reason for the Harrogate Agenda. Decoupling from Little Europe isn't enough. We need positive motivation as well, and a "new settlement" which prevents anything like the EU being foisted on us again.

In short, we need to recover power from our masters. They are not going to give it away. It must be taken. Thus, the EU referendum campaign has to be a people's campaign, or it is nothing. Sitting around waiting for someone else to take the lead doesn't cut it. We all have to lead in our own ways.

Now is the time to make it so.