EU politics: the gathering of the dinosaurs 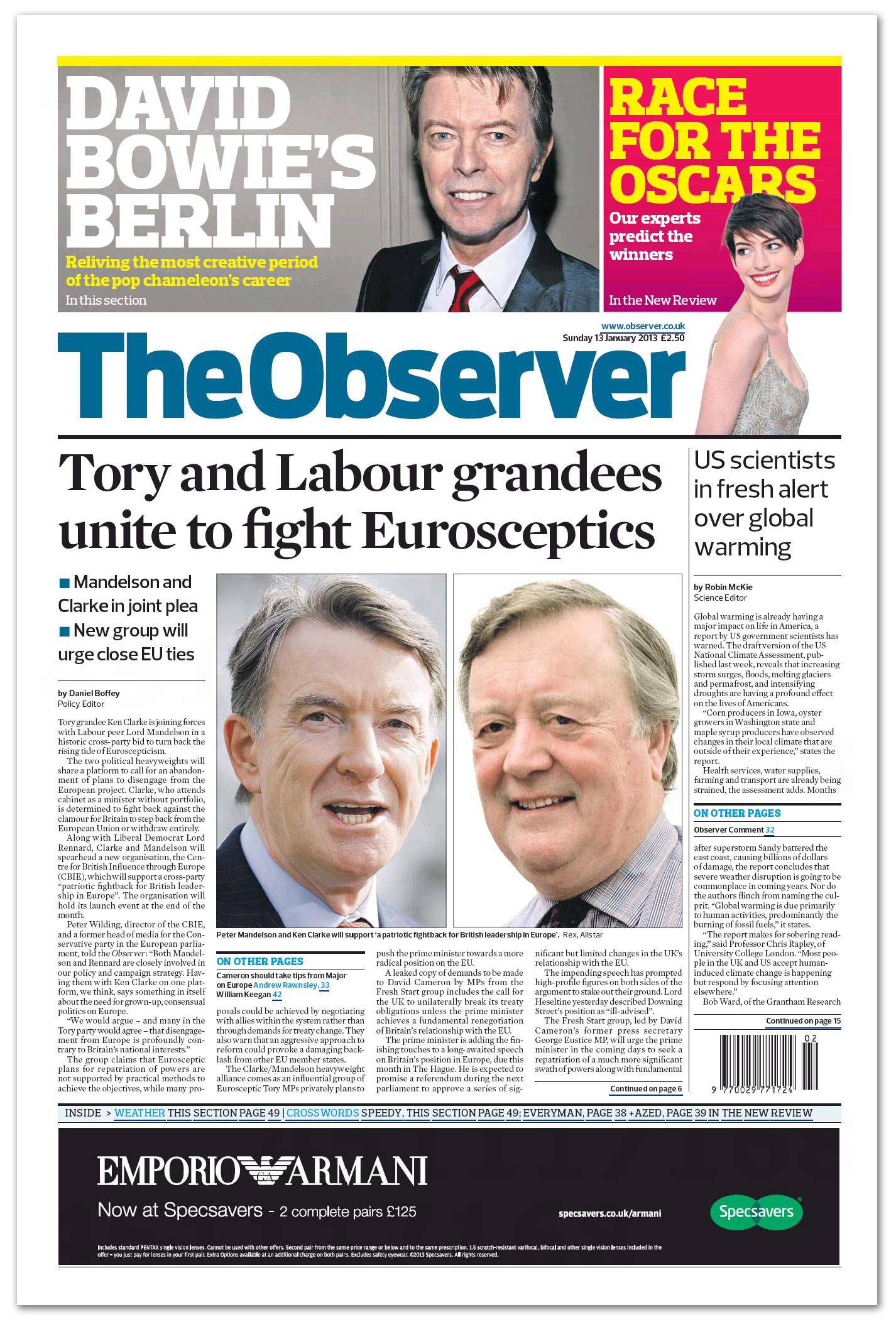 True to form, the old dinosaurs of europhilia are joining forces to protect their precious "Europe". These are Ken Clarke and Lord Mandelson, in what the Observer calls "a historic cross-party bid to turn back the rising tide of Euroscepticism".
This is by no means the first time we have seen such cross party alliances, of course, and although this dreadful pair hardly agree on anything, they are united in their love for their common cause. Along with Liberal Democrat Lord Rennard, we are thus told that Clarke and Mandelson will spearhead a new organisation, the Centre for British Influence through Europe, (CBIE), which we have already met. It styles itself as "independent" and is set to support a cross-party "patriotic fightback for British leadership in Europe". Peter Wilding, director of the CBIE, and a former head of media for the Conservative party in the European parliament, is fronting the organisation. He says: "Both Mandelson and Rennard are closely involved in our policy and campaign strategy. Having them with Ken Clarke on one platform, we think, says something in itself about the need for grown-up, consensual politics on Europe".He goes on to say: "We would argue – and many in the Tory party would agree – that disengagement from Europe is profoundly contrary to Britain's national interests".The group claims that Eurosceptic plans for repatriation of powers are not supported by practical methods to achieve the objectives, while many proposals could be achieved by negotiating with allies within the system rather than through demands for treaty change. They also warn that an aggressive approach to reform could provoke a damaging backlash from other EU member states. COMMENT THREAD
Posted by Richard at 12:07