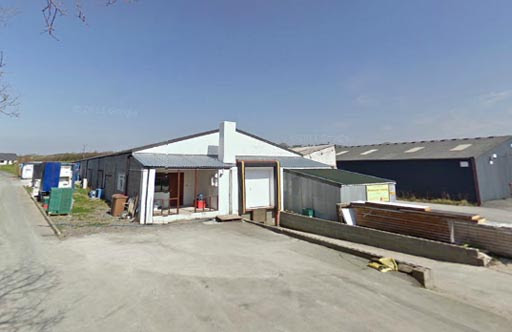 The high-profile action by the FSA in targeting a Yorkshire abattoir and a Welsh cutting plant could already be unravelling - in part – despite multiple front-page headlines in today's press.Peter Boddy, owner of Cross Stone, the Todmorden abattoir implicated in the latest round of meat adulteration, is insisting that he will co-operate with FSA officers, denying they had "raided" his site. "It was not a raid", he said. "They are welcome to visit whenever they want, they just wanted to see my records, which I will be showing them".

His son,  according to The Daily Telegraph, is denying that his father's business is involved in selling horsemeat to the Welsh cutting plant, Farmbox Ltd.

Farmbox, on the other hand, denies having been supplied by Cross Stone, and although they admit to handling horsemeat, this is claimed to have been for a contract in Belgium. Whatever the exact situation, an offence need not have been committed by either operation. It is perfectly legal to trade in horsemeat, and any supply could have been perfectly legitimate at the time it left the premises. No offence is committed until the meat is passed off as from another species.

While the FSA maintains it has a paper trail which justifies its action against Boddy, there are fewer questions of the Farmbox end, where things are more than a little murky. Its Tyn Parc plant, at Llandre, Ceredigion (pictured above and below) has something of an interesting history. Owned by businessman Dafydd Raw-Rees – who is also a director of the local Borth and Ynyslas Golf Club – the "manager" or operator is one Colin Patterson.

It is Patterson he effectively runs the business, a man with an interesting background and even more interesting associates. In 2002, he was alleged to have been holding illegally slaughtered meat after a raid on Tyn Parc by Ceredigion officials. They had discovered 1,100 boxes belonging to Patterson, inside the cutting plant, each containing one butchered sheep. The consignment was valued at £35,000. 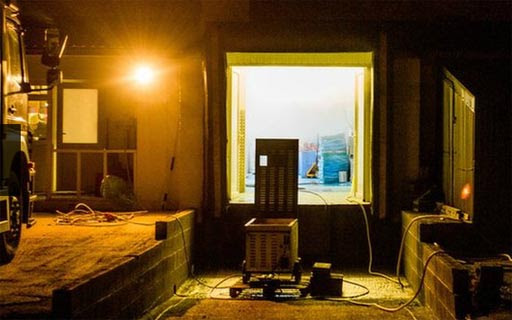 He, with farmer Carmello Gale, 47, of Llandysul, and one of the Ceredigion's own meat inspectors, Peter Maguigan, had been charged with conspiring to supply unfit meat. Two years later, though, the case was abandoned after evidence was given by plant manager Paul Edwards of the Oriel Jones slaughterhouse, also in Llandysul, that the sheep had been slaughtered in his plant.

Patterson in 2004 was said to have emigrated to Buenos Aires to work in the meat industry, but not so his co-defendant Carmello Gale. In 2003, with Mohammad Kahn, from Haringey, London, he had been convicted of transporting illegally slaughtered meat, after the van they were travelling in had crashed into a police vehicle at Bronwydd, near Carmarthen. Officers had found 124 illegally slaughtered sheep carcasses in the back.

Gale was supplying the notorious "smokie" trade, and was in June 2004 found guilty of operating an illegal slaughterhouse at Penclawdd Uchaf farm, near Llandysul, owned by Joseph Hughes Owens.

Carmarthenshire County Council officers on 12 December 2001 had raided Penclawdd Uchaf and found Gale and three other men. Accord to contemporary accounts, "it was semi-darkness and the police shouted for anyone inside to stay still". One officer shone a torch and had found a bloodstained knife, a number of sheep, both dead and alive, a blow torch and a gas cylinder. "There were also piles of sheep innards and skins," he said.

Gale, "through fear", refused to name others involved. Those inside the barn were arrested but prosecution was not continued. Gale was said to be £80,000 in debt and still to owe £4,000 from previous fines imposed for contraventions of food hygiene laws.

Judge Keith Thomas, presiding over his case, said he had substantial assets and ordered a financial inquiry before deciding how much he should pay. Gale was described as a "tenant farmer" who worked a flock of 1,300 sheep on a 500-acre farm.

When Gale was jailed for six months, with costs awarded against him, he appealed his sentence on the grounds that the officers were out of time, when they had charged him a year after the offences. However, in February 2005 he lost his case.

Despite claiming he had been going to emigrate, Patterson was apparently back in business in Wales in 2005 through to 2008, when he was described as a meat dealer living near Llandysul. Thus, we have a known associate of illegal slaughterer Gale, who also lived in Llandysul.

Patterson, in fact, was a partner with Carmelo Gale in a company called West Wales Halal Meat Limited, with a company address of 234 Upper Tooting Road, London SW17, although the company was dissolved in 2004.

Born in 1970, Patterson has a history of abandoning companies, having been a director of three other dissolved operations, Euro Meat Trading Ltd, Euro Meat Packers Ltd, and Celtic Imports Ltd. The latest to be dissolved was Euro Meat Packers, with a trading address in Queen Street Aberystwyth. Patterson also seems to have had a company called Halal Meat and Poultry (Wales) Ltd.

That Mr Patterson now seems to be trading in horsemeat does not, of course, make him a criminal, but it would appear that he is going to give the FSA an interesting time in unravelling his business interests.