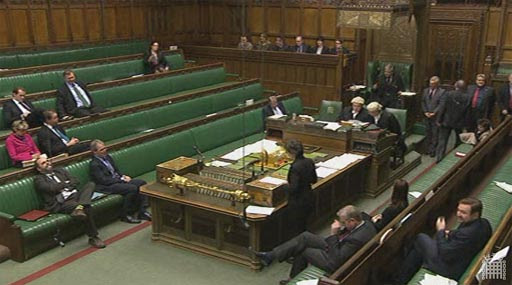 Inadvertently, the perpetrators of the beef adulteration with horsemeat have brought into high profile the issue of food fraud, which is currently being discussed further in the House of Commons. What is not generally appreciated is the scale of the problem, illustrated by a recent question in the European Parliament, which noted that the FBI and the World Customs Institute had dubbed food fraud "the crime of the century", earning perpetrators $49 billion annually.

It was noted that Michigan State University had suggested that problem will therefore persist and grow, with the demand for cheap, mass-produced food. And, as an indication of the breadth of the problem, we are referred to a recent Irish study carried out by University College Dublin, which found that that 82 percent of fish such as pollock and whiting sold on the Dublin Market was fraudulently mislabelled as other more valuable species such as cod.

The British FSA, which has set up a Food Fraud Task Force, has reported examples of condemned, diseased poultry being bleached and diverted back into the food chain and a case in Northern Ireland where beef and poultry of unknown origin were illegally repackaged and placed on the market for human consumption.

The scale of food fraud can be huge, viz a report in 2008 of a massive fraud involving the illegal import of huge quantities of Chinese rabbit meat into Bulgaria. This was repacked and sold using falsified Argentinean health certificates. The sum involved was said to be €18 million.

I am watching the debate to see what develops, as the EU implications are profound. Not least, the EU has been heavily involved in investigating food fraud, for instance with the FP6 research programme called TRACE.

This ran from January 2005 to the end of 2009, aimed at developing "generic and commodity specific traceability systems that will enable the objective verification of the origin of food and animal feed". Ironically, lead coordinator, in a programme that cost €18,971,749, was none other than Defra, with over 40 other institutions involved.

At the time, we saw the website for the British-led project telling us that "consumers increasingly want to have confidence in the labelling of their food and, in particular, to be certain where their food comes from". These words could easily have been written this week but here we are nearly eight years later, with the expenditure of millions, and we seem to be no further forward.

The issue was explored by John Dalli, Commissioner for Health and Consumer Policy, on 28 February 2012, in a speech headed "Fight Food Crime". Then, he referred to "recent successes" of the Europol and Interpol-coordinated operation "Opson" which led to the successful seizure of large quantities of counterfeit food and drink and the shutting down of websites dealing in such products.

Although, the FSA set up its Food Fraud Task Force in 2009, it does not seem to have been fully funded, and one gets the impression that initiatives are "on hold", while the EU cranks into action, and starts working out its responses to the problem. Meanwhile, the criminals get richer and we suffer the likes of this current horsemeat crisis. 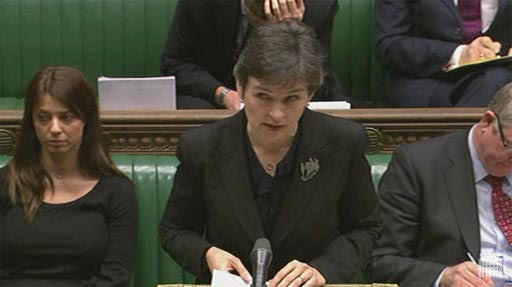 The distinctly unpleasant Mary Creagh, however, continues her crusade against the Secretary of State, wanting desperately this to be his responsibility.  Despite their great support for the EU, Little England is alive and well on the front benches of the opposition, as the shadow secretary sneers at the "Eurosceptic Secretary of State doing his bit for European co-operation".

But we also get Anne Mcintosh, chairman of the EFRA committee, who also wants to keep the debate narrowed, insisting on pre-export checks and citing outdated European law. There is no recognition in what she says of the realities of the modern, globalised food trade.

Altogether, there is no sense to be gained from the House of Commons that MPs have any real understanding of what is happening in the wider world, and what they need to do about it.  This horsemeat scandal is the tip of an iceberg, cutting right across the entire food industry.  The House of Commons needs to broaden its horizons and rejoin the world.
COMMENT THREAD
Posted by Richard at 15:25