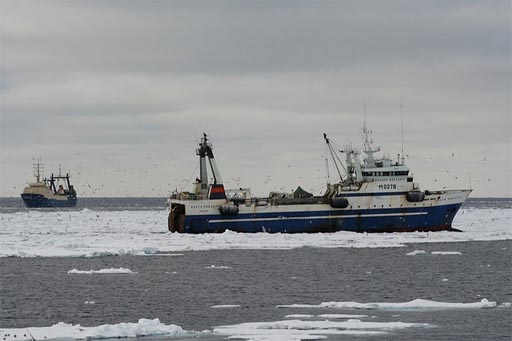 Readers will recall the alarmist and thoroughly misleading headlines last September, when it was claimed – quite wrongly – that there were only "100 adult cod in N Sea". In fact, there were more than enough cod for the EU grudgingly to award a North Sea catch limit of 10,311 tons to the British (mainly Scottish) fleet.

But what has been almost totally ignored by the British media is the remarkable story of the Barents Sea, where in October last year, Norwegian fisheries scientists were recording that the Barents Sea cod stock was not only growing but spreading northwards and eastwards.

The Barents Sea fishery is the largest cod resource in the world and, as a result of the growth in stocks, the two controlling fishing nations, Norway and Russia, awarded themselves a million ton quota, up 200,000 tons from the previous year, with an estimated catch value of €2 billion. Norway's total quota is 446,740 tons.

The stock estimates were not wrong, and last month had skippers reporting huge amounts of fish in the Barents Sea. And, just to confound the naysayers, the average weight of the cod was rising as well.

However, there is always a downside. From February 2011 when $3,800 per metric ton was the going rate to processors, the price has dropped to $2,700 per metric ton. Now, as the global cod market,brims with supply, Alaskan suppliers are complaining that prices for Atlantic cod delivered to China for processing are at half their 2008 peak level.

Compared with the Barents Sea catch, though, the Alaskan fishery is a "drop in the bucket". Longliners in 2012 caught 38,345 tons from the Bering Sea and the Gulf of Alaska fisheries, which is ten percent greater than the same period last year. The trawlers' harvest, on the other hand, was on par with 2011, at 43,082 tons, compared with 43,105 tons.

Nevertheless, the glut of fish – to which much be added the Icelandic and the Faroese catches from their own waters – leaves countries such as Norway having to deal with the problems of excess. Thus, Norwegian industry experts are talking of enhancing quality and spreading the season, to improve prices.

That Norway is even able to consider these options rests almost entirely on its refusal in 1994 to join the European Union (for the second time). As it stands, fisheries stocks in the Barents Sea are managed by the Joint Norwegian-Russian Fisheries Commission, established in 1975.

Had Norway become an EU member, it would have handed control of its fisheries to the Commission, to be treated as a "common resource". The EU would be negotiating directly with Russia, excluding Norway from the table.

And like Britain, it might have been looking at quotas in the tens of thousands, rather than the hundreds of thousands of tons it is currently catching, with their fleet a fraction of the size. It is a small wonder that the EU's CFP was one of the main reasons why Norway didn't want to join.
COMMENT THREAD
Posted by Richard at 06:55