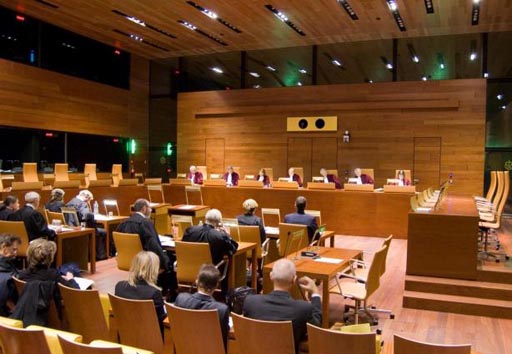 The long running issue for the NHS over whether doctors and nurses can be required to speak English might just have taken on a new twist.
This arises from the ECJ in Luxembourg which has ruled on a decree passed by the Flemish regional government. The decree requires that all cross-border employment contracts have to be drafted in Dutch, otherwise they are null and void, and the European court has found that this contravenes EU law and, in particular the treaty provisions on freedom of movement.
The case arose when a Dutch resident, Anton Las, was hired in 2004 as a Chief Financial Officer by PSA Antwerp, a company established in Antwerp (Belgium) but belonging to a multinational group with a registered office in Singapore. The employment contract was drafted in English and stipulated that Mr Las should carry out his work in Belgium.
Then, in 2009, by a letter drafted in English, Mr Las was dismissed by PSA Antwerp, who paid him a severance allowance calculated on the basis of his employment contract.
Mr Las brought an action before the Arbeidsrechtbank (Labour Court, Belgium) claiming that the provisions of the employment contract were null and void because they infringed the provisions of the Flemish Decree on Use of Languages. He sought, inter alia, a higher severance allowance, in accordance with Belgian employment law.
That ended up with the case going to the ECJ, to determine whether the Flemish Decree infringed freedom of movement for workers within the EU, in that it imposed, when hiring workers for cross-border posts, to draft all documents relating to the employment relationship in Dutch.
The Flemish government argued that the law was needed to protect the Dutch language (particularly against the fracophone Walloons, one supposes), but the ECJ was having none of it. It held that EU law precluded measures which might place EU nationals at a disadvantage when they wish to pursue an economic activity in the territory of another Member State.
However, parties to a cross-border employment contract do not necessarily have knowledge of Dutch, on which basis, legislation which is liable to have a dissuasive effect on non-Dutch-speaking employees and employers from other Member States, constitutes a restriction on freedom of movement for workers.
In such a situation, the establishment of free and informed consent between the parties requires those parties to be able to draft their contract in a language other than the official language of that Member State.
Thus is the principle established that the insistence on the use of the official language of an EU Member State, when dealing with employees from other EU countries (as well as EEA countries), cannot be insisted upon. Workers from Poland, for instance – it would appear – could now demand all documents to be available in the Polish language.
More to the point, it would seem that insistence on the requirement to speak the official language of a Member State might constitutes a restriction on freedom of movement for workers, in which case we might be back to nurses who can't speak English.
However, there is one small get out, in that the ECJ states that restrictions are justified if they pursue objectives in the public interest, are appropriate to ensuring the attainment of that objective, and are strictly proportionate.
Possibly, that could permit employers to require that some of their employees speak English although, since that is fast becoming a minority language in some areas, even this cannot be taken for granted. The tower of Babel is now official policy.
COMMENT THREAD
Posted by Richard at 23:15