Media: the other side of the coin 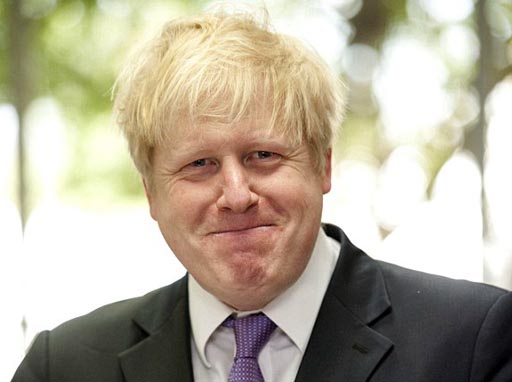 While there may be reasons why the media isn't telling us things, it is as well to ponder about the other side of the coin - why it is telling us the things it does. And leaping into that category is the news about "Bopris" (as the Mail happily misspells him in one of its captions) fathering a previously secret "love child" (aka bastard).
What is interesting about this piece of news is the extent to which Mr Johnson sought to conceal it, and the effort which the Mail sought to publish it, defending a case in the High Court and then fighting a case in the Appeal Court.In this latter case, the findings of Master of the Rolls Lord Justice Dyson are pretty damning, the judge effectively ruling that the public has a right to know about Boris Johnson's philandering past, which takes precedence in this instance when "weighed in the balance against the child's expectation of privacy".The disclosure, however, is more that just a news story. From last year when Mr Johnson was the darling of the media and being widely slated as the next Conservative prime minister, possibly deposing the incumbent, this amounts to a signal that his bid for the leadership is over.Even the Telegraph Media Group Ltd, which must have been aware of its employee's behaviour, but so far kept silent, has been forced to out its employee.And, with the outing, it may well be that Mr Johnson's utility as an over-paid columnist is numbered. Certainly, to some of the business's customers, his attraction will be reduced and – as anIndependent poll indicates – to a measurable extent.But what is also very interesting is Mr Johnson suddenly became so popular – especially as this is a man with few demonstrable leadership skills who handled the August riots badly, and who has none of the political experience that would be required of a prime ministerial candidate. Not only is he not, currently, an MP. He has no ministerial much less cabinet experience.One suspects here that Johnson found so much favour with the media for the same reason that Mr Farage is so much in vogue – he was a useful stick with which to beat David Cameron. And, if that is the case, now that Mr Farage has so willingly stepped up to the plate, the London Mayor is redundant.There, possibly, is the real agenda behind today's news. For you, Meester Johnson, ze varr ees over. And you read it first in the Daily Mail.COMMENT THREAD
Posted by Richard at 19:55