EU referendum: a load of Balls 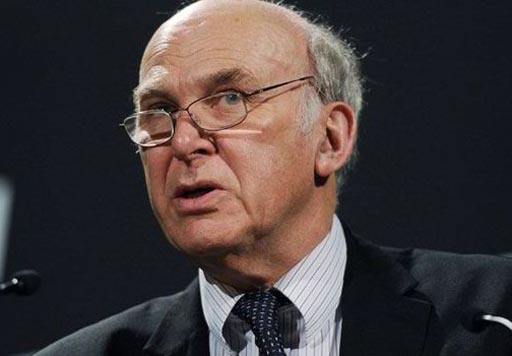 Gradually working through yesterday's debate on the Address, one lights upon the contribution fromEd Balls, who tells us, "I want us to stay in the European Union". He then cites Lord Heseltine, who had said:


To commit to a referendum about a negotiation that hasn't begun, on a timescale you cannot predict, on an outcome that's unknown, where Britain's appeal as an inward investment market would be the centre of the debate, seems to me like an unnecessary gamble.

To take that "unnecessary gamble" now, says Balls, "would be the wrong thing to do". This, he adds: "is exactly the same position as the one the Prime Minister and the Chancellor joined us in the Lobby to vote against in October 2011". Balls then reminds us of what Mr Cameron told the Conservative party conference in 2006:


For too long, we were having a different conversation. Instead of talking about the things that most people care about, we talked about what we cared about most. While parents worried about childcare, getting the kids to school, balancing work and family life - we were banging on about Europe.

Now, says Balls, his party has certainly been banging on about Europe day after day over the last week - banging the nails in the coffin of Tory modernisation and in the coffin of this Prime Minister's prime ministership, too.And there, it seems to me, lies the essence of the europhile tactics. They are – and always have been – seeking to close down the debate on the EU altogether. We should not even discuss "Europe".This was exactly the line taken by Paul Goodman in Tory Diary yesterday. These people would have us eternally condemned to having a debate about whether to have a debate, never actually getting down to the substantive issues.And today, we see a variation of the same thing with the intervention of Vince Cable, who tells usthat leaving the EU would be "self-indulgent and reckless".No "serious friend of British business" would call for a break-up of Britain's relations with the EU, he is to tell a business conference in Birmingham, warning that if Britain quit the EU, he will warn, "we could reasonably expect an exodus of the non-EU firms headquartered in this country, precisely because they regard the UK as the gateway to Europe".

However, no one in their right mind (other than the Judean People's Front) would actually call for "a break-up of Britain's relations with the EU". In or out of the EU, we still need a relationship with the member states of the EU. Thus, the question is how those relations would be managed.

Cable is, of course, spreading FUD, but it is that which sterilises the discussion, and makes it so unremittingly tedious. We never seem to be able to get down to the core issues, discussing the merits of membership and how we would fare outside the European Union under various exit scenarios.

Instead of that debate, all we get is a load of Balls.