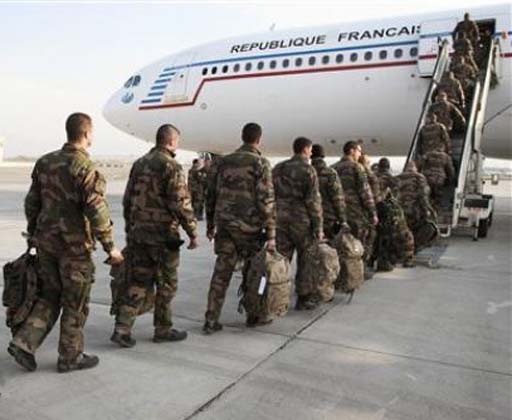 One of the most coveted prizes of the European integrationists is the Common Security and Defence Policy (CSDP), witness the remarks of Leo Tindemans in 1975, then Prime Minister of Belgium. In a report to the European Council, he wrote that: "The European Union will not be complete until it has drawn up a common defence policy".
The essence of any such policy, however, is that individual nations submerge their own interests in the common European interest. According to one clown, this will be achieved by "the purposeful education of European solidarity" both at the institutional and the individual levels.
Anyone harbouring such ideas, however, has failed to take account of the French who, even now, are playing fast and loose with any idea of European solidarity in Afghanistan by treating the presence of their troops as an election issue.
This we learn from The Independent, which tells us that the critical timetable for the withdrawal of Western forces from Afghanistan will come under major strain if Nicolas Sarkozy loses the presidency.
François Hollande's defence spokesman, Jean-Yves Le Drian, has told British officials "in no uncertain terms" that French troops would end their combat mission a full two years before the UK and US are scheduled to do so in 2014. This would leave the Nato coalition in the lurch, seeking a hasty replacement for the 3,600-strong French contingent based in an area which has seen a steady rise in the scale of insurgent attacks.
In an almost contemptuous disregard for the plans of their coalition partners, M. Le Drian has said that "full consultations" would take place with Western allies about the French withdrawal, but he was adamant that Mr Hollande's campaign promise could not be changed. The French troops would then leave.
That is perhaps the one truly "European" aspect of the whole thing – entertaining a "consultation" and then going ahead with what you had planned in the first place, but it drives a cart and horse through any notion that the French can be relied upon to submerge their own national interests.
And that tells you why the dream of European integration will always remain precisely that. When push comes to shove, the national interest will always predominate – and especially if you are a French presidential candidate looking to secure an electoral advantage.
COMMENT THREAD
Posted by Richard at 09:25