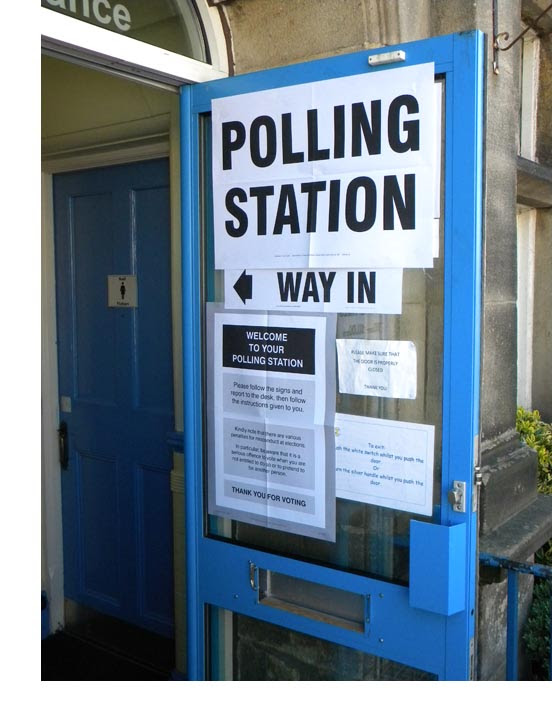 If ever there was a justification for central government intervention, it would be over the scope and presentation of local election results on official local authority websites.Rarely does one find any detail of size of electorate and the number of votes cast, information necessary to calculate the all-important turnout. Some counties give information by ward, in varying levels of detail, but it is incredibility difficult to find one site for the raw data that one needs for analytical purposes, from which to draw conclusions as to the state of play. Local newspapers are of some value though, when following through individual counties. For instance, Derbyshire County Council information is herewhich, with the official site (plus here) andWikipedia, gives one the basics. From these, we can calculate the votes cast, which stand at approximately 203,112, from an electorate 581,982 – yielding a turnout of 34.9 percent. This compares, incidentally, with a turnout in 2009 of 38 percent, when the Tories won overall control, and in 2005 of 63 percent – which coincided with a general election. In this current election, Labour has regained control, taking 43 seats, with a a 42.8 percent share of the vote, against the Conservatives who took 18 seats (losing 13) with 28.8 percent of the vote. UKIP gained 18.7 percent of the vote and took no seat, alongside the Lib-Dems who also failed to score, with 7.6 percent of the vote. Looking at the all-important "mandates", we thus see that Labour walks away with 15 percent, the Conservatives with ten and UKIP with 6.5 percent. In terms of its electoral reach, therefore, UKIP managed to induce less than seven percent of the electorate to vote for it, while the ruling party command the council with the just slightly more than double that. Derbyshire is interesting because it is one of the councils that have actually changed hands, but it can hardly be said that the result is "groundbreaking" for UKIP – at several levels. It has not only failed to induce more than one in fifteen to vote for it, its effect on the contest has not managed to enliven the electoral process, pushing up the turnout. Looking at another county council, this time Essex, we see UKIP gaining nine seats, with a 26.1 percent share of the vote. With a turnout of 27.6 percent (328, 435 votes cast from an electorate of 1,081,428), this gives the party a 7.2 percent proportion of the electorate that voted for it. Interestingly, 6.5 percent in Derbyshire gets no seats, yet 7.2 percent in Essex gives UKIP nine. However, the Conservatives in Essex, with only 9.4 percent of the electorate behind it, get 42 seats. And, to compound the anomalies, Labour, with 4.6 percent of the electorate, also get nine seats, as to the Lib-Dems with the support of a mere three percent of the electorate. For another home counties authority, Buckinghamshire, I am unable to find details of the size of the electorate (as a single figure), but from the official website, we see that the winning Conservatives get 41 percent of the vote, on a turnout of 30.3 percent. That gives them a mandate of 12.4 percent – the support of just one in eight of the electors. For UKIP, we see a gain of six seats, from 27 percent of the vote. On the turnout of 30.3 percent, it thus succeeds in attracting a "mandate" of 8.2 percent. Only one in twelve of the electorate were sufficiently enthused by this protest party to go out and vote for it. Going southwest to Hampshire, we see there a turnout of 31 percent, with the Conservatives leading on 37.5 percent of the vote, which brings them 45 seats for a mandate of 11.6 percent of the electorate. The Lib-Dems, who come second, gain 17 seats with 21.7 percent of the vote, giving them a mandate from 7.2 percent of the electorate. UKIP draw down ten seats with a 24.6 percent of the vote, giving them a mandate of 7.6 percent of the electorate. Labour manage four seats on a mandate of 3.1 percent. In the supposedly strongly contested Lincolnshire County Council election, however, turnout plunged to 29.7 percent, the votes cast recorded at 161,315 from a possible 542,759. This was seven percent down on the figure when voters last went to the polls in 2009 although, in some of the areas in the current poll, the turnout was as low as 14 percent. Out of 77 seats in the county, the Conservatives lost 25, losing control of the council in the process, ending up with 36 seats from a 36 percent of the vote. That gives them a mandate from a mere 10.7 percent of the electorate. UKIP, which came second with 16 seats from 24.3 percent of the vote – have the support of a mere 7.2 percent of the electorate, the same as in Hampshire. This is the county plagued with migrant workers from EU countries, where immigration is a real issue. Yet, when three members of the Ransome family were elected for UKIP, one explained their success as resulting from their policy on potholes. The BBC wryly remarked that none of their vox pops had mentioned road conditions. But for now, UKIP is the pothole party. Potholes aside, UKIP has not made a breakthrough – despite the media hype. It has undoubtedly done well, gaining 139 councillors, but it is falling short on two counts. Firstly, with turnouts remaining stubbornly low and in some cases falling still further from the last election, the party has failed to enliven the political process and bring new voters into the fray. Secondly, with their support from the electorate ranging from 6.5 percent to a level mostly short of eight percent, attempts to create a popular movement have not succeeded. Autonomous Mind points out that anger with the establishment parties runs deep, but it is only being expressed by those who remain politically engaged. Thus, as voters continue to retreat from the political process, the Farage party is fishing in a shrinking pool, with nothing new on offer.

As long as elections remain a spectator sport over which the denizens of the bubble obsess, leaving the bulk of the population indifferent and uninvolved, this will not be the "sea change" in British politics - as Farage currently asserts.