They get there in the end 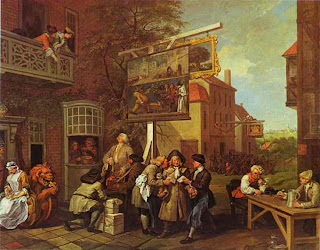 Actually, as this is Philip Johnston we are talking about, we have to admit that he gets there ahead of the pack. In fact, if anyone were to ask me for the names of a few really good journalist in Britain, I would probably put Mr Johnston top of the list (on the assumption that our own Christopher Booker is above and beyond competition).

Today's article in the Daily Telegraph is entitled "Why I am prepared to break the law" does not give any very sensible instructions on how to overcome two particular heinous pieces of legislation, one already effectively in place, the other due fairly soon but still in the planning stages.

The first is the compulsory ID card that has been long in hatching, is already promising to be twice as costly for every individual as it was originally mooted and is likely to be the biggest cock-up in history of many cock-ups.

The second one is the question of political party funding. On this subject Mr Johnston is eloquent. Analyzing what we already pay to political parties under the heading of "legitimate political activity" he gives a quick overview of the recent report by Sir Hayden Phillips and the all-party discussions that have broken down with mutual recriminations of cheating.

It is typical that these negotiations should founder on the rocks of self-interest, rather than because one or other party was unhappy at the prospect of state funding.

The arrogant assumption that the taxpayer should be fleeced further because the parties spend too much and are having trouble raising enough cash is breathtaking.

Furthermore, the notion that state support underpins political integrity is simply not sustained by the evidence.

If anything, public funding of political parties leads to greater venality, not less, as is evident from countries like Italy or France where campaigning is far more dependent on the taxpayer.

In any case, why should public funds reinforce the political hegemony of a few extant political parties? Who says Labour or the Conservatives have a right to exist that requires support from the taxpayer?

Hmm, I thought, this sounds familiar, particularly that last bit. Could I have been thinking of these words?

Yes, I rather think I must have been. These words went up on EUReferendum on March 15, the Ides of March. But they get there in the end.
Posted by Helen at 19:58