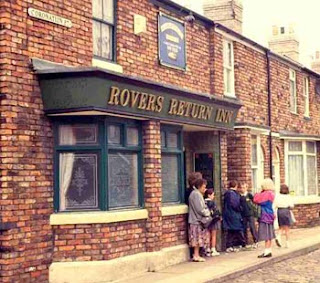 Standing aside from the current hyperventilation of the political groupuscules over the current "funding scandal" in the Labour Party, one cannot escape the view that the throbbing excitement over the issue is a vast exercise in displacement activity.

Unable to understand or address issues of importance and relevance to the real world and the concerns of ordinary people, we see instead political classes hurl themselves with gay abandon into the issue, one of not very much importance in the grander scheme of things.

In many ways this is the modern equivalent of "bread and circuses", a self-indulgent obsession with trivia, redolent of the final days of the Roman Empire, where the barbarians at the gate were of lesser importance than the internal preoccupations of the ruling classes.

A more prosaic analogy might be the embattled householder, his house falling down around him through lack of maintenance, the damp seeping in and the mould growing up the wall, with the bailiffs knocking at the door demanding the mortgage arrears, closing the curtains on the outside world and turning on the television to watch Coronation Street.

Outside, in the real world, we can think of any number of issues of huge importance, any one of which could give the opposition enormous scope to rip this government apart, crises in the here and now which, if ignored – as they are being – will have a material and damaging effect on all of us. Many of this, we have written about (such as this), about which we hear not one whit of concern or squeak of protest from the groupescules who profess to be so concerned with our governance.

Time and time again, we are regaled with the breast-beating and the laments of the political classes, as they despair at the retreat of ordinary people from politics, yet – as this example so clearly shows – they only need do one thing to identify the cause: they should look in their mirrors (or watch PMQs on television).

While the political groupies may love PMQs for its drama and for its raw entertainment value, as our politicians howl and bray at each other like over-excited schoolboys, the rest of us look upon the spectacle with growing dismay.

Despite their obsession with the soap opera that politics has become, their self-referential little bubble is not the real world. Furthermore, in the weeks to come, the drama that is so dominant today will be but a lingering memory, as the political classes draw their breath for the next episode, still leaving vital issues unaddressed.

And so, as these increasingly irrelevent players close the curtains on the real world outside, we trust that our readers will forgive us as we decide to sit this one out, and meanwhile get on with reporting things of more substance.