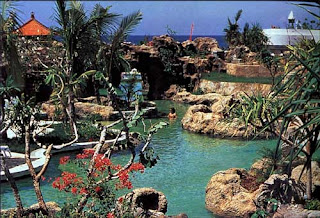 There seems to be a competition going on as to which political leader would pledge to give away more of his (or her in the case of Chancellor Merkel) country’s economic development in the interests of that rather nebulous concept – reduction of carbon emissions.

As my colleague has pointed out here and here the whole idea of making plans that far ahead is completely insane, especially as we are dealing with unpredictable factors.

I particularly liked his comment (my colleague’s that is) about Gordon Brown’s alleged plans to set a 60 per cent emission target for 2050:

Almost as idiotic as people predicting what the weather will be like in fifty years’ time when it is not possible to predict for the next fifty hours.

Still, if it really does mean that the Prime Minister will endorse the next generation of nuclear power generators as The Guardian tells us, that’s all to the good. The trouble is that one cannot ever disentangle what Brown is promising, let alone believe it.

Apparently, he and his government are in favour of further expansion for Heathrow Airport. At the same time, the suggestion that there should be “personal carbon allowances” as well as more “green” taxes, presumably, aims at discouraging ordinary people from flying or travelling in general. (When there is a proposal to control private jets I shall start paying attention to all these arguments about flying being so bad for the planet.)

David Vance of Pajamas Media is worried about the control over people’s freedom that all these proposals are likely to create. Are the British being used as a bunch of guinea pigs for future plans of this kind in other countries? I can’t help feeling that Mr Vance overestimates Prime Minister Brown’s abilities.

Meanwhile the EU is demonstrating its own support for the reduction of carbon emissions. In fact, the entire climate change circus is on the move again, happily emitting carbon all over the place, particularly in Bali, supposedly one of the most beautiful places in the world. [I have not been there myself.]

The Sunday Times has done some interesting calculations:

IT HAS been billed as the summit that could help save the planet, but the latest United Nations climate change conference on the paradise island of Bali has itself become a major contributor to global warming.

Calculations suggest flying the 15,000 politicians, civil servants, green campaigners and television crews into Indonesia will generate the equivalent of 100,000 tonnes of extra CO2. That is similar to the entire annual emissions of the African state of Chad.

Admittedly Chad does not emit all that much a year but the point remains valid. 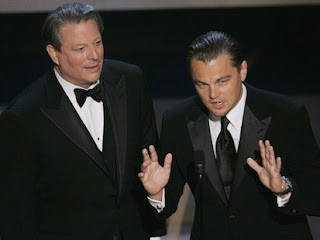 Of course, there are the usual hangers on, some, a very few, of whom are paying for their own trips. Others are being paid for by the taxpayer. One and all, they are carbon emitters:

Attendees are expected to include celebrities such as Leonardo DiCaprio, the actor, as well as Arnold Schwarzenegger, governor of California, and Al Gore, the former US vice-president.

Many are merely “observers” who have no formal role to play in the talks, which largely involve government ministers and officials. Among these observers are 20 MEPs and 18 assistants whose itinerary includes a daytrip to the idyllic fishing and surfing village of Serangan.

At least the hotels and resorts of Bali will make a good deal of money in what must be the off-season, so that’s to the good. There is some hope that this will revive Bali as a tourist destination after the two terrorist bombs in 2002 and 2005, though that is not a major aim of the conference. 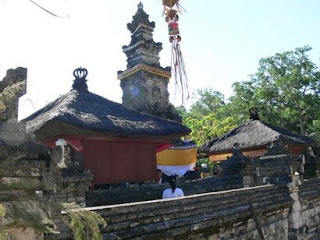 Various attendees are going because they are materially concerned in the various negotiations, though nobody seems to represent the taxpayer or those of us who will suffer from the imposed taxes and regulations, should these ever materialize.

The UN has also recently received thousands of new registrations from groups campaigning for the environment or fighting against poverty. WWF, one of the largest, is sending more than 32 staff to the meeting.

Thousands more are coming from businesses, especially the burgeoning carbon trading sector, which already carries out global transactions worth £12 billion a year and has an acute interest in the outcome of Bali.

The EU is doing just fine:

One of the biggest delegations is being assembled by the European Union, which is expected to send Stavros Dimas, the environment commissioner, and 90 officials.

Well, that’s not so bad, I thought. Hizonner the Mayor of LondON took an entourage of 100 people to India and nothing much has been said about the carbon emissions that resulted from that little jaunt to and around India as well as back to LondON. Usually, the Mayor cannot stop talking about all that hot air.

But I forgot that the Member States were sending delegations as well as the EU one.

In addition, all 27 EU countries are expected to send separate national delegations. Germany has one of the biggest, with around 70, and France follows close behind with 50. Even Latvia will be represented by four delegates, while Malta, an island populated by 400,000, will have two.

Britain is trying to keep its delegation down.

That is still rather a lot of people, given that the ministers at least will be in extremely luxurious hotel apartments (paid for by whom one wonders), justified by the fact that they will need to hold private meetings. Have these people not heard of the internet?

It would appear that Achim Steiner, Director of the UN Environment Programme sees nothing wrong with this highly expensive, in economic and environmental terms, circus:

If you want to tackle an unprecedented global challenge like climate change then people have to meet and talk. Bali remains the world’s best hope to minimise the effect of global warming.

Then again, he would say that, wouldn't he.

The trouble is that one cannot quite accept that all this palaver can possibly be run by people who actually believe that global warming and carbon emissions are real problems. If they did, they would surely not behave like this. They certainly would not travel in such large numbers to Birmingham or Pittsburgh in the middle of November.

The final tally ought to be terrifying to anyone who thinks that carbon emissions will kill all life on the planet in the next year and a half:

Chris Goodall, a carbon emissions expert who did the calculations for The Sunday Times, estimated that each person flying to Bali would, on average, generate the equivalent of 6.48 tonnes of CO2. If 15,000 people attend, this adds up to over 97,000 tonnes of CO2. To this must be added about 13,000 tonnes of CO2 from the conference venue and hotels — a total of 110,000 tonnes.

Well, never mind. They’ll make up the difference by banning people from taking two holidays a year on those evil cheap airlines.
Posted by Helen at 18:06