Of fools and angels 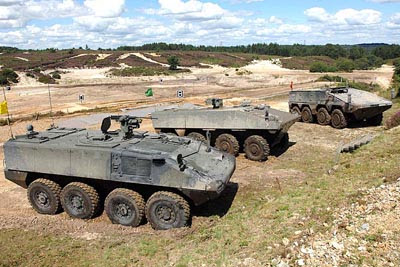 Rushing into the increasingly complex debate on defence is something that is ill-advised for the unprepared. The subject is populated with endless experts, many quick to tell the unwary that they do not know what they are talking about, often spraying their discourse with impenetrable acronyms which makes ordinary English look like a foreign language.

For those who do not wish to spend the time on preparation, and embarking on the slow, laborious process of trying to understand at least some of the issues, it is much easier simply to absorb one's opinions pre-digested from the "real" experts, those with the authority that comes from rank and experience.

In that context, there can be no better comfort blanket than the serried ranks of no less than five former defence chiefs who yesterday lined up in the Lords to give their considered opinion on the state of the Armed Forces. With that amount of Brass behind the argument, regurgitating their views has to be a sure-fire winner.

Thus it is that, after a slow start (when there were only three references to their Lordships last night), the accounts of their Lordships' views has grown to 281 on Google News (at the time of writing), all uncritically retailing the tales of despair and despondency that point to the Armed Forces in a state of terminal decay.

Those who have followed this lowly blog, however, will have gained a slightly different view of the current situation. We have presented the view that there are major and varied problems within the Armed Forces, many of which we have discussed, but which, by no means support the assertion of Lord Guthrie that the Armed Forces are "at the end of their tether".

Taking a broad sweep, the essence of our assessment is that the Army, in particular, is stressed by having, on the one hand, to fight the two campaigns in Iraq and Afghanistan and on the other, by the requirement to train and prepare for an unspecified "future war".

Central to that "future war" capability is, of course, the Future Rapid Effects System (FRES) the project that dare not speak its name (the three competitors for the "utility" vehicle are illustrated above). Yet, at £16 billion, this remains the most expensive single procurement project ever undertaken by the Army and is so revolutionary in concept that it requires a complete reorganisation and restructuring of the main "teeth" elements of the Army - and was the reason for the abolition of the traditional regiments.

Despite being almost totally ignored by the media and politicians, this project has been embraced by successive Chiefs of the General Staff, Mike Jackson and then Richard Dannatt. It is our thesis that, in order to protect it, they have resisted purchasing new equipment specifically designed for the current operations.

So it is that the Army, engaged in two wars, has been required – by and large -to fight their wars with their existing inventories, using equipment which was not designed for the theatres in which it is being deployed. This, we would hold, is at the heart of many of the difficulties the Army has been experiencing.

That much, we have deduced but it is essentially confirmed by Jackson in his recent interview and, while we have ceased expecting the media even to begin to understand the issues, one would have thought that the combined forces of the five ex-defence chiefs would have had some idea of what was going on.

So, looking to yesterday's debate, we would thus expect to see FRES being given fairly high ranking in their Lordships' concerns. However, you have to get to Lord Bramall - nearly a third of the way into the debate - for the first mention, when he declares, almost as an afterthought:

The Army will also need as soon as possible an all-purpose fighting vehicle, known as FRES, which will have strategic - that is, air portable - and tactical mobility, as well as proper protection against modern munitions. FRES's original delivery date of 2005 has already been postponed well into the future.

This is one of our fabled former defence chiefs speaking yet, in that short paragraph he displays not his knowledge and wisdom but a most profound ignorance

The next mention comes from another speaker, Lord Marlesford, who refers to the recent resignation of Lord Drayson, the erstwhile procurement minister, and speculates that the cause was "a dispute with the Treasury over the very large and important procurement programme for the future rapid effect system vehicles, known as FRES."

Then we get a brief reference from the Conservative front bench defence spokesman, Lord Astor of Hever, who notes Lord Marlesford's mention of FRES and asks for assurances from the minister "on this vital piece of equipment".

This, though, is the very final reference, which does not actually get a response from the minister.

Sadly, from David Cameron, all we get is a letter complaining that the defence secretary Des Brown is also Scottish secretary and the lead Conservative political blog simply parrots the "extra resources" mantra.

Commenting on this, we note that it is interesting to see how, now that defence spending is high profile, all the world is suddenly an "expert", including five superannuated defence chiefs, whose word is taken as gospel.

Referring to Bramall's speech, and his references to "FRES" – I ask how many commentators even know what that is, arguing that, if you are to understand defence spending at all, you have to look for Dannatt's references to the project (and Jackson before him) and see how important it is to them. Yet there are grave doubts as the viability of the project, and the enormous expense, compared with alternatives which are a fraction of the cost.

Now if you look at Jackson's recent statements, he effectively admits that the funding crisis stem from having to fund current operations AND what we have to do in the future. Therefore, it is the "future war" scenario - centred on FRES - which is creating the funding problems. Take that away and there is no funding crisis.

Therefore, if anyone wants to engage in the defence debate, beyond the mantra of "more money", look to what the Army actually wants to do with the money. Then, and only then, if you are able to come to a decision about the validity of those plans, are you in a position to judge whether more money is needed.

Short of that, all we have is fools rushing in where angels fear to tread.

Cross posted on Defence of the Realm.