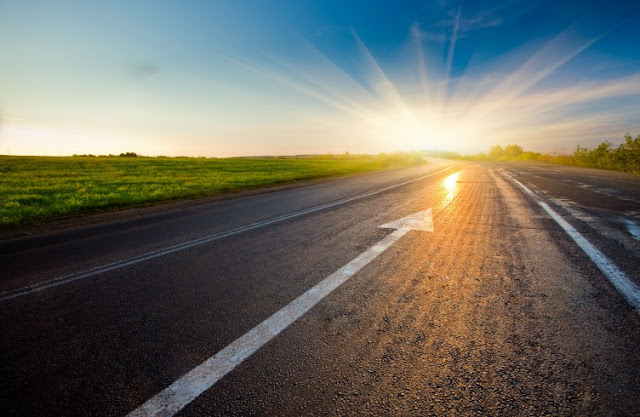 We have spoken this week of the need for a new vision and a better alternative to what David Cameron can offer us. It must be grounded in political reality and it must be convincing.

We've heard critics saying that we must simplify our message, but that does not mean we should dumb it down. To peddle a simplistic mantra is to undermine our own credibility. That means we will have to outline in detail what we want, and where we want to be. Only then can we sell it. The task is to creatively sell the product we have, not the product we wish we were selling.

Before we can sell the product we must define it. Our vision is for the United Kingdom as a self-governing, self-confident, free trading nation state, releasing the potential of its citizens through direct democratic control of both national and local government and providing maximum freedom and responsibility for its people.

The history of Britain for a thousand years has been as a merchant and maritime power playing its full role in European and world affairs while living under its own laws. It is our view that the UK can flourish again as an independent state trading both with our friends in the EU and the rest of Europe, while developing other relationships throughout the world as trading patterns evolve.

For an age the United Kingdom has freely engaged as an independent country in alliances and treaties with other countries. It has a long history of entering into commercial agreements and conventions at an inter-governmental level. We wish to uphold that tradition.

The ability of the people of the United Kingdom to determine their own independent future and use their wealth of executive, legislative and judicial experience to help, inspire and shape political developments through international bodies, and to improve world trade and the wellbeing of all peoples will only be possible when they are free of the undemocratic and moribund European Union.

The prosperity of the people depends on being able to exercise the fundamental right and necessity of self-determination, thus taking control of their opportunities and destiny in an inter-governmental global future with the ability to swiftly correct and improve when errors occur.

Within the United Kingdom, our vision is for a government respectful of its people who will take on greater participation and control of their affairs at local and national level. Our vision fosters the responsibility of a sovereign people as the core of true democracy.

With that in mind, we suggest that leaving the EU alone does not accomplish this, but it is the first step on a long road. For us to embark on this journey we must set out in detail what it looks like and why it's worth the risk.

A simplistic slogan works well on Twitter, but it is for us to provide substance to it in order to convince opinion formers. Primarily we must convince both the public and business that Brexit does not interrupt trade or threaten jobs. In this, guesswork and blind optimism is insufficient. Detail, realism and pragmatism are our watch words. Unless we define what Brexit looks like, the inherent credibility deficit will be our undoing. Winging it did not work for Ukip and it won't work for us.

We are asking for a a big change involving a massive diplomatic effort with a period of some uncertainty, so as much as we must reassure, we must also answer the question of "why bother?".
Where is the value in such an undertaking and what is the incentive?

We can present incentives but they have to be genuine motivators. Saying that families will be £933 better off if they vote out is a wet lettuce of an incentive. We've seen the same stunt pulled in elections and it no more works in a referendum than it does in an election. Also, simply saying we can "trade with the rest of the world" sounds like empty rhetoric because it is empty rhetoric.

Leaving the EU in reality means only marginal immediate benefits and while there are beneficial freedoms it will take time to fully realise them and put them to work. The Yes campaign will succeed in making that case. What have we got that makes it worth the hassle?

While we are in the EU, we are not (as eurosceptics have it) run by the EU. We're just told what to and on what terms. There is no flexibility and there is no redress. Change takes a long time time, and reform proves impossible. This diminishes us and our standing in the world. There is an alternative and it's better than anything Mr Cameron can offer.

Outside the EU, the UK would also be able to craft its own external trade policy. In this, it could act independently, it could act with other blocs such as EFTA, or we could take collective action through ad hoc alliances. This gives us the agility we presently lack.

There are sometimes gains to be made from negotiating as part of a formal bloc, not least for the protection afforded in times of financial crisis, and on matters of common interest. It is a means of spreading the administrative burden. Sometimes the added strength and resource of the UK, to help further spread the load is advantageous. At other times we need to be doing what's best for our unique emerging industries. While the EU negotiates on our behalf we cannot do this. We cannot get what's best for Britain and we cannot prioritise to our advantage. Nothing David Cameron will propose can speak to that.

There are many disadvantages to formal collective action as we have seen in attempts to reform the CAP. We need the flexibility to make arrangements which give us the benefits of EU membership while minimising the disadvantages. We also need to avoid the disadvantages we might suffer as an independent actor, while making the most of opportunities presented by changes in global trading patterns.

We must offer a solution that allows us to be full participants in the single market but also the freedom to be the architect of a global single market. Mr Cameron can only offer us more of the same. We must offer the best of both worlds. We've been sold the notion that we can't have our cake and eat it. We need to show that we can not only eat our cake, we can have seconds too.

What we cannot afford is a message into which the subtext suggests we're going to take our bat home and shut ourselves off from the EU. We're not looking to make the EU an enemy, we're just looking to redefine our relationship, not only for our own sake but for theirs as well.

That said, this alone is insufficient. As someone who writes on matters of trade and foreign policy it is immensely frustrating getting people engaged. The fact is that most people couldn't give a tinkers damn about trade or foreign affairs. We have delegated such to our politicians and in turn they have delegated it to the EU. Consequently, while important to win the trade argument in order to influence the influential, there needs to be an incentive for ordinary people too.

The EU promotes every day concerns such as roaming charges, visa-free travel and every day practicalities - along with rights and protections that we would otherwise perhaps not enjoy. They are marginal benefits but that is the level on which many will make their choice. People will be worried about their employment protections and basic rights. They worry that Brexit gives the Tories leeway to be as ruthless as legend has it. Again we need not only to reassure but to incentivise.

Consequently we have to build a movement that carries momentum beyond the referendum so that we can make demands once we are out. If we are taking some of the power back for the people, then why not all of it?

That is where we can make the case for a British bill of rights, direct democracy, real localism and constitutional rights. If we're just going to quit the EU and leave it there then we've left the job half done, putting the power back in the hands of the people who did all this to us in the first place. I don't know about you but the prospect of that excites me more than Matthew Elliot telling me I'll have an extra £933 a year.

As much as anything it sidesteps the necessity to take a divisive position on climate change, tax, health, education or the environment. The selling point is that it puts us in control and we get to decide what's best for us - and we own our decisions.

In that regard, we cannot make this referendum EU centric. This is a question about the future, who we are and where we want to be. The final battle in the last three months of the campaign will not be about whether the EU started the conflict in Ukraine, or whether we should take back our fishing grounds or even bent bananas. It won't be us vs. the EU. It will be us vs. David Cameron. The respective merits of the EU will take a back seat. It will be a poll on whether the public believe Cameron has scored a good deal and whether our vision holds water.

We must run a positive and a negative campaign. In so doing we must ignore the Yes campaign. That's a decoy and a fight we don't need to have. We should instead attack Cameron's credibility and trustworthiness, but on the positive side, we show the public that rather than griping about the EU, we have something bigger, bolder, lasting and achievable on offer. We must make Brexit the high watermark for the existing establishment orthodoxy and show that we will go the rest of the way.

If the campaign is instead an all singing, all dancing whinge about the EU, then I need to know now so I can engage in something more profitable and productive. It's boring and it's a losing argument made by losers. Life is too short.
Posted by Pete North at 07:42