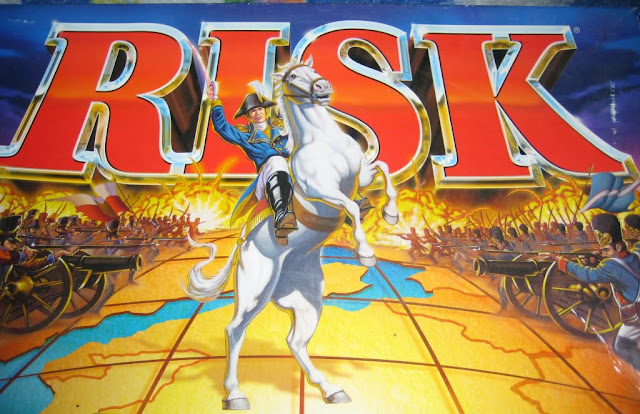 At the very least there is roughly 30% of the electorate who, come hell or high water, will vote to leave the EU regardless of what anybody says. Thus the challenge for the No campaign is how do we reach the other 21%? For starters you have to identify them.

What we can say is that that any message pitched at those who voted Ukip will not reach any new ears. More than likely it will galvanise the 21% against us. Ukip discovered to their cost that taking shortcuts, and sending out dogwhistles to their core brought them onto a battlefield they could never hope to dominate. Their policies stood on a foundation of intellectual sand, and Farage's personal approval ratings plummeted. He is a divisive figure and is more a liability than asset to the No campaign.

It's no coincidence that the media is now soft-pedalling Farage because they recognise what an asset he is to the Yes campaign. The establishment tactic in the 1975 referendum was to make all the weakest players the spokesmen for No. This they will do again. No doubt Farage's galactic ego will play right into the trap.

One thing Ukip complained about was biased media, often misrepresenting what Ukip said. It's a little condescending to believe the public are so bovine that they cannot see through media games and the pubic were far more generous to Ukip in hearing them out. The problem was that that once you cut through the noise, bypassing the media, to take a cold look at Ukip, it was quite obvious we were looking at a band of incompetents winging it at every turn.

Having failed to produce a manifesto until the very last minute, they were left making assumptions and suppositions based on previous policy attempts, leaving them intellectually naked. Theirs was a problem of competence and credibility. In many respects this did not matter to Ukip voters. Plenty of people who voted for Ukip as a protest and the lack of credibility was not a concern. Howesoever, referendums are not elections. Voters will take this decision a good deal more seriously.

Consequently, both voters and the media will be looking at the No campaign looking for intellectual consistency and credibility. That means the message must be crafted according to the political realities of Brexit. It cannot make wild promises about controlling immigration or putting hundreds of pounds back in people's pockets, nor can we make unfounded claims about a bonfire of regulation. Superficially it seems attractive and such a message will get the eurosceptic cyber-flashmob excited and we'll see retweets aplenty, but it won't shift the polls in our favour. It will generate some healthy looking web analytics, but it's still just white noise.

The problem with politics is that you can execute everything exactly as you're supposed to but when it comes to the final vote, it falls to the wisdom of the crowd. The herd instinct. The arguments might be right, and people might well agree, but their gut instinct compels them to vote a different way. Our biggest hurdle is the status quo effect. They are going to look closely at the No campaign. They are going to look closely at the message and the people promoting the message. The kippers on Twitter banging on about immigration, Muslims and British jam are a massive turn-off. Similarly tub-thumping speeches about helicopter safety regulations will make us look insane.

More than that, Brexit is a big risk. There are questions to be answered as to what post-Brexit Britain looks like and whether jobs and trade will be affected. We can trade Top Trumps cards about trade percentages, but as usual this will degenerate into bickering and white noise that our target vote will tune out. Our target vote are not EU obsessives. What we need is guarantees, not speculation. We must have proof that we have the intellectual goods. Our foundation must be solid.

Presently we have the likes of Matthew Elliot on the one hands saying we will continue to participate in EU academic programmes, and have a similar arrangement to Switzerland yet at the same time making will promises about massive budget savings, implying they will be retuned in the form of tax cuts. There are inherent schisms in the message that opinion formers will pick up on. Similarly, it is unclear how Brexit adds any immediate relief to the global migration crisis.

We should not make promises we cannot uphold, and we cannot base our message on speculation. Having done an extensive analysis on Brexit, at best we can say, as far as most people are concerned, it won't actually make much difference. That must be central to our message. It sounds counter intuitive, but it's more credible, and more believable than making wild promises.

The opposition will be engage in irrational scaremongering. We can take the high-ground by firstly not playing the same game. If we avoid fantastical claims, and lampoon their scaremongering then it is the Yes camp who looks irrational. We have to play it measured and cool. The campaign should make strong use of satire in tackling the scaremongering, but must also show a little self-awareness in distancing itself from the kipper constituency.

We can concede that it won't make much in the way of savings, probably won't mean fewer regulations and consequently won't have much of an impact either way on jobs and trade. Consequently we give off a reassuring vibe rooted in pragmatism and practicality.

In essence, we have to abandon the classic eurosceptic riffs, because they're tired and they don't work. We're like the pub DJ who plays the classic anthems and ballads and has the same playlist every single week to an empty dance floor. We need to lay down a few of the B sides and lesser known album tracks.

What that achieves is to set a neutral tone of competence and reassurance. In so doing, we sacrifice a great many of what we believe to be the selling points of Brexit, ie controlled immigration and reduced membership fees etc. It's a gamble but it has more chance of reaching our target vote. What then have to do is answer the question that follows. If leaving the EU doesn't make much immediate difference, then why bother?

That is where the vision comes in. Between now and the last three months of the campaign, the  arguments online will largely be comprise of bickering between those who have already made up their minds and are fighting their respective corners. It goes largely ignored by everybody else. Investing in these pointless skirmishes is wasted energy and will generate more heat than light. The final battle is not going to be over fishing grounds, regulation or the price of cheese. It will be be our vision versus David Cameron's "reformed" EU.

It is a mistake to believe he will not get some worthwhile concessions and the proposals will look just attractive enough to nudge the don't knows into voting Yes. We will look bad if we set expectations low and Cameron returns with something worth having. Caution is advised.

Thus it is Cameron's credibility we must attack, not the EU. In that respect the Yes campaign is a decoy and not the real enemy. If we're invested in rebutting their output then really we're wasting time and resources. The contest will be whether we have an alternative to what Cameron offers and whether can withstand public and media scrutiny.

By this time we will have made the case that Brexit won't be a leap into the dark and that it won't have grave consequences either way, but what we then have to do is sell the opportunities and have a plan also how we can exploit them. We must highlight what those opportunities will mean for business and ordinary Brits. For that we will need a real product to sell. A plan that we can deliver to every voter that is so credible that even if we lose, the campaign material retains momentum and remains in public discourse. That gives us a second crack of the whip. We will have created the demand and people will then understand why the EU is the obstacle to achieving it.

In doing this, we will need to have built a campaign from the outset that sees things in a different way. As we have discussed, as much as the arguments matter, the people matter too. Our ambassadors can't be the usual suspects. We don't want Katie Hopkins, Nigel Farage, Daniel Hannan or Owen Jones. We want normal people people who are less concerned with whining about the EU as people who are genuinely excited by the opportunities we are selling. Our watchwords are rational, credible measured and positive. We have to ditch our baggage and learn from previous mistakes.

What this will require is for the No campaign to do what it instinctively doesn't want to do. We have to stop grumbling about the EU for starters. We need to disown the ranters and and the bores, and since Ukip are going to run their own operation preaching to their home crowd, there is no value whatsoever in replicating what they do.

There must be clear blue water between the No campaign and the traditional eurosceptic crowd. They are more liability than asset and a campaign that identifies with them will not reach the 21%. If we are entering the marketplace of ideas then our product must be fresh, innovative and aimed at a market we have thus far never ventured into. We can't sell pipe and slippers euroscepticism to young professionals and entrepreneurs.

This will require message discipline and will need key players to show some self-discipline in not falling back on the old (and failed) eurosceptic ideas. We should show no hesitation in relegating them to the bench if they stop performing, and even if our base does not agree they are going to have to suck it up. Euroscepticism needs its clause four moment. We cannot pander to them, they can't win us the referendum, and if they make up the base then we will give off a tainted vibe. Voters will reject it. It's going to be a big ask, and it's going to ruffle a few feathers, but if we're not going to break out of our comfort zone, we can expect to lose - and we will deserve to.
Posted by Pete North at 12:07