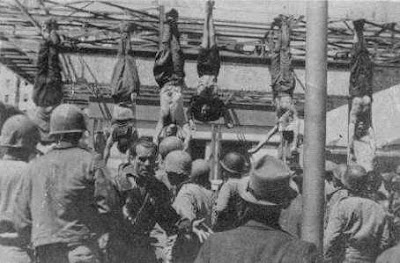 Slowly, but with the force of a mudslide, it is gradually dawning on the Irish quite what a mess they are in. Some have known for a long time, but we are talking here of the "collective", and the cold, hard, sober facts had still not percolated during the general election, otherwise Labour would never have been elected.

Even now, it is impossible to say quite how deep the knowledge has spread, but the reality could not be more simple to understand. The Irish Government is on track to owe a quarter of a trillion euros by 2014 and a prolonged and chaotic national bankruptcy is becoming inevitable. By the time the dust settles, Ireland's last remaining asset, its reputation as a safe place from which to conduct business, will have been destroyed.

That is the view of Morgan Kelly, a professor of economics at University College Dublin – not that professors of economics mean much these days. They and their ilk got us into the messes we're in, and you sometimes wonder whether some of them have enough wit to tie their own shoe laces. This is why, perhaps, they so often wear slip-ons once they've left home.

Anyhow, this one is writing in The Irish Times, and he seems to know what he is talking about. That is not quite a first, but it is a refreshing change, especially as the man seems to know his politics as well as his economics.

It is not for me, therefore, to replicate the great man's work. It is best read cold and fresh, for those who have not already read him. Ireland is facing economic ruin, he writes, and tells us exactly why, and what to do about it. The solution is not pretty, especially for the political classes. But it is about time the Irish people grew up and did to their politicians exactly what they have been doing to their electorates for the past decades.

What is not said – and nor could it be – is that we're next. The Irish may owe a quarter of a trillion euros by 2014, but we'll owe one trillion pounds by next January. That is not quite as big as our GDP, but it's getting there, and Mr David Cameron's government is increasing the debt, day-on-day, month-on-month, year-on-year.

What is also not said is the misery this is going to cause when the bubble bursts. Paul Krugman, yesterday, was talking about chastising the elites that had caused this mess. Some might look nervously to 28 April 1945 for an insight into what happens when a crowd gets really ugly. Some would be well-advised to be booking their passage to a quieter spot. In fact, if Kelly is only half right, they had better start packing now.