To chasten the guilty 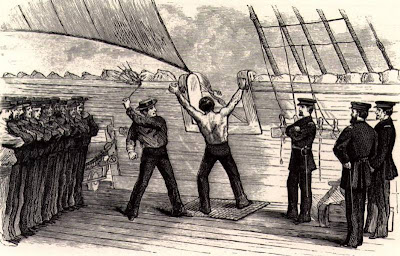 Even when the MSM tries to be serious, they can't quite cut it, although some mild entertainment is afforded watching them try. Toby Young is in the frame in the Failygraph, offering his wisdom about the "meltdown" of the Left throughout Europe.

This is not offered as a comedy routine, or political satire, so we must assume the man is serious when he suggests that across Europe we are seeing the fracturing of both the state and the super-state as sources of tribal identity.

The EU, he says, has only ever commanded the loyalty of the liberal middle classes. As their political alliance with traditional working-class voters collapses it seems increasingly unlikely that the EU will survive the current economic crisis, at least not in its present form.

We need not dwell on this muddy thinking, other than then to observe that Young finds "more surprising" the "decline of the state as a unit capable of commanding people's loyalty".

Why, when we have had the political classes throughout the EU, the EU itself and the bulk of the "liberal" media working for the last fifty years or more to undermine the concepts of nationhood and nationalism, is Young at all surprised by this? With states now unable to provide a focus for the aspirations and needs of their peoples, why on earth should it be a surprise that they no longer command loyalty?

However, one should never fear. What the Left needs, says Young, "is an intellectual colossus, someone capable of articulating a vision that re-unites the liberal intelligentsia with the traditional working class and persuades them to put the interests of the collective – whether the nation state or something larger and more abstract – before those of their family and their tribe".

This is interesting, and makes it worth reproducing, as it offers the notion that a political renaissance of the Left should have an intellectual base. With that, I cannot disagree, although there is no sign of any intellect in the ranks of the Left, much less a "colossus". Young then goes on to say that this person should then articulate a "vision", and again I cannot disagree.

Even when we have a man incapable of analysing what is happening, therefore, we still have someone who seems capable of identifying the core of a solution. Across the board, that is what we need, exactly the idea of the "ism" to which we have devoted so much effort.

One thus, almost begins to warm to Young, when he asserts that, ultimately, the reason for the left's political failure is the "intellectual vacuum" at the heart of the Left-wing project, the absence of "an intellectually robust alternative to free-market capitalism". He then spoils it all by concluding that, in the meantime, "Right-wing and nationalist parties will keep on making gains at the Left's expense".

The joke here, of course, is that the so-called "nationalist" parties are largely left wing, soaking up the traditional working classes who are sick to the teeth with their betrayal by the political elites.

That we have been betrayed by them comes from no less than Paul Krugman, an archetypal member of the elite, who offers his own analysis in The New York Times. Take it or leave it as you will, but his view is that our present predicament is caused by the bad judgment of the elite (singular).

The real story of Europe's crisis, he writes, "is that leaders created a single currency, the euro, without creating the institutions that were needed to cope with booms and busts within the euro zone. And the drive for a single European currency was the ultimate top-down project, an elite vision imposed on highly reluctant voters".

While Krugman is in part right, his view of the euro is typical of the crass clever-dick, the man who thinks he knows everything but knows nothing. For sure, the euro was "top-down", but it was a political project. Creating the necessary institutions to manage a single currency were simply not politically feasible at the time. Thus the euro was born to fail, waiting for a beneficial crisis which would then legitimise the "economic government" that the project needed.

Krugman actually talks about the need to avoid making up stories about our current predicament that absolve the people who put us here there. In so doing, we cut off any chance to learn from the crisis, says. Thus, we need to place the blame where it belongs, to chasten our policy elites. Otherwise, they'll do even more damage in the years ahead.

And there he is so wrong. Our "policy elites" are shameless. They admit no wrong, and there is no one to bring them to book. They are powers unto themselves and attempting to blame them is going to achieve nothing. We need to bring them back under control. And there Young does at least have a point – there is that lack of an intellectually coherent vision to inspire the masses. We need to fill that "intellectual vacuum". Then we chasten the guilty.