One day my son 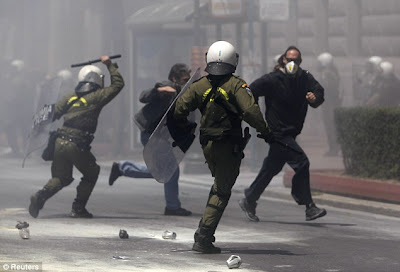 ... all this will be yours - and this: a superb sequence from Zerohedge. The summer hasn't even started yet, but the Greeks are on (another) general strike, and the government is even flogging off the tea towels in a bid to avoid default. This is NOT going to succeed, and we are not insulated from it, any more than we are from the growing crisis in Ireland, or the impending disaster in Portugal. 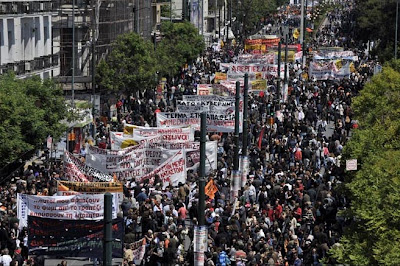 But such is the situation in Greece, that even the Huns are beginning to think that the Greek government pulling out of the euro would be a good idea. It really is that bad. And behind that, default is only a matter of time.

Meanwhile, the New York Times paints more of the picture, this regarding international trade. In Ireland, imports were still falling as this year began. Greek exports began to recover last summer, but import volumes continue to plunge and are nearly a third lower than they were at the peak in 2008. And still Greece exports only about a third as much as it imports. That is a measure of the lack of competitiveness of its economy.

Ladies and gentlemen, we are in uncharted waters here. History is being made, none of it good. Is it really believable that the British media is still mainly concerned with outing slebs on Twitter?