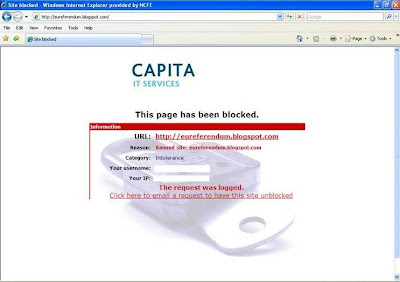 It is rather appropriate that the Girliegraph should choose as its blog editor Damian Thompson - a journalist (or so he claims) who specialises in religion. Thus his journalistic enterprise is more a matter of faith than substance, and partly explains why he should resort to branding naysayers as conspiracy theorists.

Inevitably, though, the faith-laden Thompson is not alone. Even (or especially) The Guardian lays into the naysayers as well, declaring that the decision not to release photographs of Bin Laden's corpse "has prompted an avalanche of conspiracy theories". But, from the "liberal" left to the "rabid" right of the Wall Street Journal we get the same attack on the conspiracy theorists. And even Littlejohn joins in the clever-dickery.

This commonality of approach, across the ideological divide, stems from the more pressing need to protect, above all else, the prevailing narrative. It does not matter that the media babies are so gullible that they will believe anything they are told. What matters is that they should all believe the same thing, and that dissenters should be marginalised. And while Littlejohn stands slightly apart, he is only performing the role of the jester - the licensed "fool".

Interestingly, it is one on the faith-laden Thompson's commenters who notes that the term "conspiracy theorist" belongs alongside "climate change denier", "anti-semite", "racist", "homophobe", "sexist" and array of other soundbites of meaningless noise. And right on cue, we have al Gore pop up, declaiming climate change sceptics as birthers. It is also so very predictable.

The problem is, of course, the there are plenty of loons and kooks around, so branding anyone who dissents with one or more of these labels is a highly effective technique. But even then, for the protectors of the narrative, this is not enough. They also rely on other techniques.

Bearing in mind that the alternative media is the greatest challenge to the orthodoxy, we see increasingly the use of internet website blocking (see top), which means that different views such as ours find it harder than most to attract an audience. And from the grand scale, to the petty, the clever and sophisticated Tim Montgomerie rigorously excludes us from his blogroll even though, as a Conservative site, he links to Labour List and hard left sites.

The difference is, of course, is that all these sites, across the political divide, uphold the narrative. Thus, with some amusement, we see Cranmer exulting in his 11th position in the Wikio list of top political blogs, whereas we, with more than double the hit rate, do not even appear on the list. But then Wikio, the aggregator, will publicise this, and this but not this.

So, is this all another conspiracy? The answer is: not necessarily. You can start with the premise that all governments are conspiracies against their peoples. But moving from there, you can also argue that the governmental system in any country at any one time represents the status quo. The majority of the people, and especially the "establishment", quite naturally supports that. The support is automatic and unthinking.

Thus, naturally and necessarily, anyone who seriously challenges the status quo will get the treatment. It is as natural as rain and as predictable as the cycle of night and day. Yet, despite all that, slowly but inexorably, EU Referendum traffic increases.