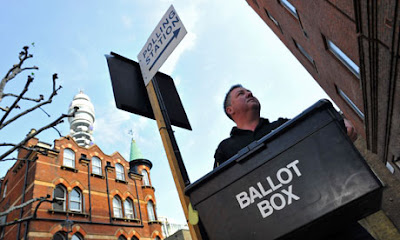 Limpdims are taking a drubbing, mainly oop north in places like Newcastle, Hull and Sheffield, delivering their worse worst election results since the 1980s, according to the hand wavers. Some idiots are writing that Nick Clegg suffered a "massive blow to his authority". What authority? The man needs a £300,000 armoured car and a police escort to keep him safe when he goes to the toilet, and a political advisor to tell him where to point it.

Some other commentators are calling the fate of the limpdims a "massacre". Unfortunately, at this stage, it is only figurative. Give it time. But with all the brains and imagination of a sack of dried sheep-poo, Nicky is saying: "We have taken a real knock and we need to learn the lessons". So we're into "Lessons learned"? Give me strength. The only lesson here, mate, is you're political history.

The limpdims should never have got any votes up in the north anyway, except that a lot of trusting people thought corrupt, slightly less inefficient limpdims would make a change from corrupt inefficient Labour politicians. Of the two, they are now finding that they prefer the corrupt, inefficient Labour version. And, of course, they'd rather cut their arms off with rusty fish knives than vote tory - and who could blame them?

In Scotland though, the SNP is ripping both Labour and the limpdims apart, which goes to show that, when there is a credible electoral alternative to the lib-lab-con, people will go for it - more out of a sense of curiosity than anything else. That says a great deal for UKIP in England, which under the tutelage of Farage has long ceased to be a credible alternative, and will continue to fail as long as he squanders every opportunity (and most of the money) he gets.

Elsewhere, Labour and Tories were roughly neck and neck before they actually started counting anything. Given that there are now enough people left in local government who can actually count to eleven with their socks still on, Labour are looking to win 600 seats by the end of the overtime period, once the rigged postal vote is in and weighed.

The new mix will signal the desperation of people caught on the two-party merry-go-round, and the fact that Labour is more efficient at rigging the postal vote than Cameron's Tories. In so far as there is an honest vote, it suggests that, having ditched Brown's labourites for Cameron's conserverites, they are now back with Ed's labourites having now rejected Nicky's limpdims on the way. Better the sack of poo you know ... 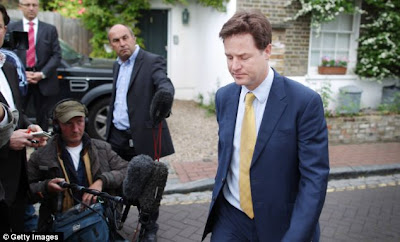 And the "no" vote wins the referendum thingie. Although the formal results are not in yet - "everybody" knows it is a foregone conclusion - and who cares? The political insult of the decade will be gone and forgotten within days. The referendum has served its purpose in giving the professional Tory eurosceptics something to play with, keeping their minds off being eurosceptics (look at who was running the "no campaign").

With hindsight, the moronic Independent is saying the choice of luvvie Eddie Izzard (who just happened to be the leading light of the "yes" to the euro campaign) to front this "yes" campaign is thought to be "well-intentioned but naïve". A poll has disclosed that only one in four of the public knew that the comedian was backing AV. Only one in ten knew who he was and only one in three hundred thousand knew he was a comedian. A planning meeting is pictured below. 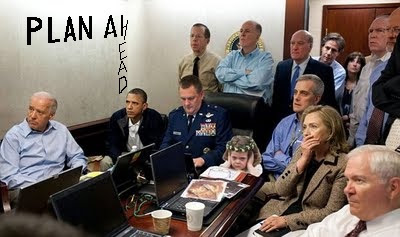 Caroline Flint, one of the few half-way decent MPs left, says the whole idea of a referendum was misguided: "The truth is the public really did not want this referendum, there are other priorities for people". She is dead right, but that won't stop the political claque going orgasmic about whether the coalition can survive, although the Vince Table thinks it will.

Limpdim's Lord Pantsdown has launched a "scathing attack" on Call Me Dave for his conduct during the  referendum campaign. In the first sign of recriminations between the coalition parties, the former libdim leader - a close ally of Nick Clegg - accused Dave of a "breach of faith" in letting a largely Tory-funded "no" campaign target Cleggy personally.  Dave made little Nicky cry.

Senior Girliegraph journalists are asking the vital question of whether Chris Huhne's future bid to oust Nicky could be ruined by his estranged wife's tell-all book. The Energy Secretary dumped wife of 26 years Vicky Pryce for his former lesbian lover last year after their affair was unmasked ... Meanwhile, the same old dross remains in place, our rules continue to be made in Brussels, and our media babies remain locked in denial.

Earlier in the day, Maxed Hastings told us to get out and vote "no" otherwise we'll have squabbling, indecisive coalitions. And the clever and sophisticated Tim Montgomerie believes in the tooth fairy, or "the collective wisdom of Twitter", which amounts to the same thing. From the mouths of fools and babes ...

To celebrate a grand day - albeit a little while ago - two of our wonderful plods stopped off for a coffee. At least they weren't beating up innocent rioters, or wannabe voters. Some don't seem to drink coffee though, according to their well-meaning colleagues.