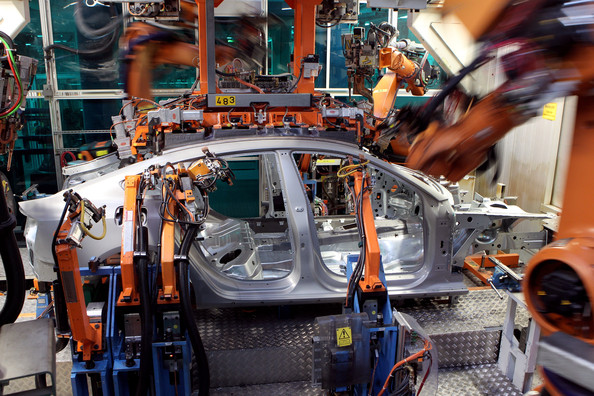 We've heard a lot from various vested interests about the implications of Brexit on the British auto industry. Firstly it's important to understand the nature of the car industry before wading in. Like most expensive consumer items, the actual profit comes not from the product itself but the finance deals. In essence, a car is credit bait. There is little profit in selling a car for the sticker price. Average monthly dealership profits can be as little as £15k and often make losses.

It is therefore incumbent upon car manufacturers to increase profitability by optimising supply chains and cutting down labour costs.

What we're hearing from the political class, from their position of ignorance, is that Brexit could result in tariffs of up to 10% on the finished product - which could result in manufacturers quitting the UK. Given the size of the market, it seems implausible that the EU would be so keen to shoot itself in the foot even if the WTO allowed it (which it doesn't), but let's suppose they're right and they add 10% to our exports. We can adjust to that.

As you all probably know by now, trade negotiations are an exclusive competence of the EU. The EU negotiates our trade deals for us. The EU has agreements with dozens of nations, but still applies tariffs to imports from non-EU countries. Because the EU likes old fashioned trade packages like TTIP, encompassing dozens of industries and products, the results are often less favourable than if individual agreements on certain products and markets were unbundled. That means if the EU gets a bum deal, we get a bum deal.

That may be no big deal to those member states who don't import certain components, but that's a sticking point for us since we have a thriving automotive industry. Since we can't veto a bad trade deal, politically or practically we put up with what the EU can get for us. Europhiles insist that we don't have the clout without the EU but in reality sovereignty pooling leads to collective impotence.

We have seen in recent years a departure of the US automotive industry to Mexico which trumps the US on free trade. It has agreements with 45 countries, meaning low tariffs for exporting those cars globally and favourable deals on the import of components, for which both the US and the EU have protectionist barriers on.

We could do precisely the same outside the EU. It would at least mitigate the 10% tariff and best case scenario increase the profitability of the industry attracting yet more assembly lines. Far from losing our automotive industry if we leave the EU, given the EU's fixation with packaged trade deals with other trading blocs, we might well lose our assembly lines if we DON'T quit the EU.

Already we have seen the industry decamp to Eastern Europe to cut down on wage costs, but these savings won't last long as wage demands will eventually catch up to the rest of the EU. Given the Euro's woes the next move is for the entire industry to quit not just the UK but the EU entirely.

What we need is the flexibility and sovereignty to agree our own specific unbundled deals tailored for the industries we have. Not least because such agreements can be reached inside a couple of years, whereas deep and comprehensive trade agreements and association agreements can take up to sixteen years to negotiate. In an increasingly globalised world, moving ever faster, the quagmire of the EU is unsuited to today's markets. It's a last century system for an internet connected world. It harms our competitiveness, reduces our influence and inhibits industry growth.

The scaremongering about Brexit is not only unjustified but also primarily influenced by people who don't actually know very much about supply chains or global trade. They are locked into a belief system that says only vast trading blocs can deliver prosperity. Mexico is busy proving them wrong. And so can we.
Posted by Pete North at 02:58