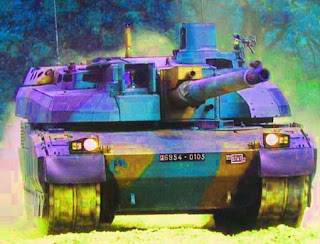 A number of my colleagues are suggesting that, if the pace of European integration continues, it will precipitate rather than prevent another war in Europe. What they have failed to appreciate is that the EU has abolished war – in a way not foreseen by the founding fathers.

For a start, the Single European Tank is still in the Single European Workshop awaiting conversion to ensure it complies with disability access directives. Specifications are also being drawn up to ensure full conformity with the physical agents directive – which limits noise and vibration – although no actual standards have yet been agreed.

Meanwhile, a high level working group is busy finalising the text of the rules of engagement, preparatory to having them translated into the 20 official community languages, a task that will be completed only when they have found a Maltese translator and settled the question as to whether an additional copy in Irish will have to be provided.

The group, however, has recently been given an unexpected extension of time, owing to the difficulty encountered by the EU military planning cell in determining the optimum gender, ethnic and national balance for the tank crew, while Javier Solana is consulting urgently with his colleagues on who to appoint as the tank commander.

The compromise being considered is a rotating commander, with one drawn from each of the member states, each serving his (or her) term for 15 minutes in the tank turret. This proposal is to be considered by the European Council in June 2007.

The EU commission, though, has ordered that use of the gun has been prohibited under the Kyoto protocols because the emissions have not been factored into the trading scheme. No move to order the ammunition can take place until the authority of the commission to make this ruling has been tested in the European Court of Justice, with a preliminary judgement expected in September 2009.

There is a possibility that this situation may be resolved more speedily as the gun may have to be removed completely to allow room for the disabled toilet. However, the European Defence Agency is being difficult about this. It is also being less than helpful about the pedestrian-friendly front and rear bumpers, the high visibility panels, the flashing warning lights on each corner and the motion beeper, as required by the European Road Safety Agency.

And it is being positively obstructive about fitting the guard rails to the turret, the escape ladders and the guard cages around the tracks. A consensus among the defence ministers will be needed to drive these changes forward. There is no immediate resolution, however, to the vexed question of the child-locks on the Single European Machine Gun, but the multi-agency task force is expected to report shortly, as soon as transparency issues have been resolved.

Even then, matters may have to wait until the European Health and Safety Agency has completed its move to its new headquarters in Sicily, where the choice of town seems to have been bogged down in local politics and where the allocation of the construction funds – already spent – is subject to an investigation by OLAF, the EU's anti-fraud office.

When the Agency is in place, it has promised to forge ahead on preparing "on a case-by-case basis" the ex ante validation of external scientific experts of the methodology used for certain impact assessments, in order that it can then produce the risk assessments needed before the tank crew can drive their vehicle out of the Single European Workshop – providing of course that the requisite translations of the safety manuals can be secured.

From his temporary office in the Seychelles, Bjorn Marszalkowski, the Agency's new chief executive, has promised that there are unlikely to be any delays beyond the expected revised timetable for completion in early 2015, but he is refusing to address the question of where to fit the crew and the 25 commanders when the health and safety manuals are stowed inside the tank.

There is also the problem of how many spare drivers will be needed, to conform with the working hours directive on drivers' hours.

At the moment, though, further delays do seem to be certain as Germany and France are arguing about whether the funding for the Single European Tank comes into the remit of the Growth and Stability Pact. The German finance minister is arguing that the costs of fuel should be excluded, while the French are suggesting a new Roadmap to determine acceptable exemption parameters, which they are prepared to waive as long as the tank is repaired in French workshops.

A major row has also broken out between France and Italy about how many additional reverse gears should be fitted - to take account of experience (not) in the Iraqi war - and how many white flags should be carried.

This is further complicated by Spain which has threatened to withdraw its support unless its cohesion funds are increased by 350 percent, while Poland is demanding an increase in its pigmeat quotas or it will back Spain's move. An added complication is that Denmark wants the tank to meet EU sustainability criteria and is calling for all materials used to be biodegradable.

All of this, however, pales into insignificance as the workers in the Single European Workshop are still negotiating their social rights in their workers' council and have not yet had the time to do any work. They are looking to reinforce the constructive dialogue with their social partners before they then move on to discussing pension rights and enhanced stress payments arising from being forced to work on military equipment.

Nevertheless, the new European Council president is confident that the project will be fully up and running in time to meet the Berlin Plus Plus Plus Agenda, due to come into force in 2027, as long as the commission brings forward its new Military Vehicles Coatings Directive which will enable the Council to decide on which colour to paint the Single European Tank.

Even here, some delay is expected as the Greens - having lost their argument about the tank being powered by renewable fuels (after that unfortunate accident with the wind turbine) - have now tabled an amendment in the EU parliament, requiring it to be coloured pink, in order to reinforce their solidarity with the gay and lesbian community and to distance the project from the environmental groups who objected to the original choice of olive green.

The final scheme will, in any event, have to await the announcement by the European Youth Convention of the winner of the junior EU citizens' tank colouring competition, which is being organised in 1,728 schools throughout the European Union and associate states. No one is sure whether a REACH-compliant paint manufacturer can then be found. A company in Shaghai is expressing an interest but any order may be blocked as a result of the Chinese government's refusal to agree the reciprocal purchase of 93 Airbus A380 Super Jumbos.

The only bright spot is the United Kingdom, with Blair having agreed to finance the development of the Single European Catalytic Converter for the tank, which will be built by a seventeen-nation consortium in Vilnius - as soon as the Objective 1 funds have been obtained for the new factory and the EU business partnership has approved the scheme.

This aside, not until the final paint scheme has been determined, and agreed by qualified majority voting at the Council, and the final coat applied, will the EU consider, on the basis of a proposal from the commission, whether it can authorise a Single European War.