The theatre of the absurd 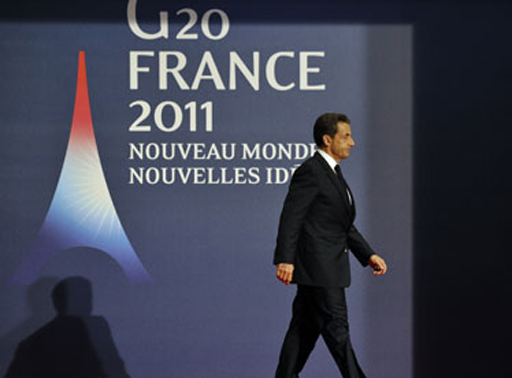 It is worrisome that so many people continue to profess a hard-bitten cynicism about the MSM, declaring that they are immune to its charms and believe nothing that are told. Yet, the moment they are fed tosh of which they approve, their reserves melt like a spoon of ice-cream on a Greek beach in the height of summer.

Such was the experience yesterday, with the "plucky Greece" meme continuing to grow even today, while the MSM revels in the "drama" of the G20 summit meeting.

But anyone who wants to believe that what comes out of these summits, and especially their communiqués, needs perhaps to read the account of the great summit between Heath and Pompidou in May 1971. Reconstructing the events from official documents, memoirs, and other sources, and then comparing them with the hugely different accounts in the press at the time, is quite an education.

In fact, throughout history, we see stark differences between the accounts of events – and the perceptions we take from them – and the actual events.

Even in 1940 at the height of the September Blitz on London, when Churchill was touring the streets, offering encouragement and sympathy, in secret session in Cabinet calling for "strong action" to be taken against people demonstrating for improvements in the pitifully poor air raid shelter provision.

What one must accept, therefore, is that much of the overt conduct of our masters – what they say and do – is done mainly for effect. A grotesque theatre of the absurd which bears little relation to reality.

Here, the media are very much part of the game. Theirs is the role of court jester, retailing the performances to the wider audience, conferring a veneer of credibility to what is invariably pure showmanship, as the current G20 communiqué illustrates.

In that light does one read about the "Action plan for Growth and Jobs", learning that "Advanced economies commit to adopt policies to build confidence and support growth and implement clear, credible and specific measures to achieve fiscal consolidation".

Anyone who can read that without either scratching their heads, or sniggering with derision, needs to renew their own personal nursery subscription.

Likewise should we treat the assertion that, "We are determined to strengthen the social dimension of globalization". And then there is: "We have made progress in reforming the international monetary system to make it more representative, stable and resilient".

Press releases and conferences are no better, but then the same applies to all such political events. It you shake hands with any of them, count your fingers afterwards. And, as you listen to their pronouncements, the only mystery is about the precise nature of their lies, not whether they are lying.

Not until 10pm tonight (or later) will we learn the outcome of the Greek parliament vote of confidence. How much of that will be theatre, we will probably never know, but it would be entirely safe to assume that the effect was pre-ordained and calculated.

How it is that people can still believe anything that they are told is then the real mystery. It is almost as puzzling as the idea that anyone can believe Papandreou is a democrat, rather than the self-serving leader of one of the most corrupt nations in Europe.