Knock back the doubters 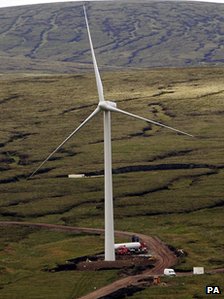 After a Citigroup report warning investors to exercise "extreme caution" before investing in Scottish renewable energy, we are set straight by SSE, aided gladly by the BBC.

With its half-year figures, the Perth-based company formerly known as Scottish and Southern Energy has pointed out that it already operates in the Republic of Ireland as well as across devolved boundaries in the UK.

"Different constitutional arrangements apply in each of these jurisdictions," it points out. "They are, however, all within the EU and there is a common EU energy policy, the central goals of which (security of supply, competitiveness and sustainability) are laid down in the Lisbon Treaty.

"This means, for example, that all member states are required to support the achievement of legally-binding targets for more renewable energy.

"The EU Renewable Energy Directive aims at 'facilitating cross-border support of energy from renewable sources' and 'introduces optional co-operation mechanisms between member states which allow them to agree on the extent to which one member state supports energy production in another and on the extent to which the energy production from renewable sources should count towards the national target of one or the other'."

To put it another way, the common European energy policy gives each state a target for reducing emissions, and it makes sense for them to buy their renewables from the part of Europe that produces renewable energy most efficiently. For marine and wind power, that would be Scotland.

So SSE is telling its investors to cheer up and Citigroup to pipe down.

So there you have it. Pay no attention. Our masters decree that there shall be wind farms. Economic realities be damned, you will pay. Free money, stolen from you. What's not to like?