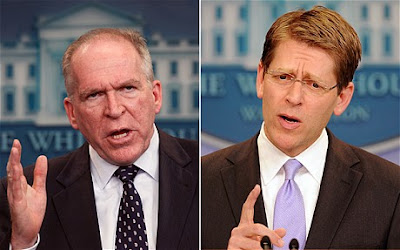 Different days, different spokesmen, different stories, and the Boys Own' narrative begins to unravel. From the Failygraph, we get the following:


Officials said on Monday that bin Laden's body had initially been identified using facial recognition technology on a photograph wired back to Washington from Abbottabad, before a DNA test was carried out that proved with "99.9 per cent certainty" that it was the al-Qaeda leader.

But yesterday a US congressman cast doubt on whether the DNA tests had yet been carried out. Representative Ron Paul, a Republican presidential candidate and a doctor, said: "I understand he was killed Sunday afternoon and by Sunday nine o’clock it was announced that the President would speak and they had DNA proof of the individual. I didn't know they could do DNA that quickly. Then they came back and said it was facial features and we'll get the results of the DNA later".

The media are quite shameless. They report fiction as fact, deliver uncritically untested and unfounded assertions, and then make a meal out of questioning the very assertions they themselves have promulgated.

And the fact that we are two days ahead of the field is neither here nor there – we are only a blog, not the clever MSM. But I wrote two days ago that it takes 24-72 hours to get a DNA specimen result. With a high quality sample, it is possible to get a preliminary result in as little as six hours, but you still have to get the sample to the lab ... which was where?

And, in any case, they are only making a comparison with the sister's DNA. That just proves a familial relationship. It is not proof – or anything like it - of identity. Thus, we are now told the reliance was on facial recognition technology, using a photograph "wired back" to Washington from Abbottabad. Was that before or after his face was blown away with two head shots? Does anybody realise how unreliable facial recognition technology is, and how high the error rate is, even under optimal conditions? Says Wikipedia:


Other conditions where face recognition does not work well include poor lighting, sunglasses, long hair, or other objects partially covering the subject's face, and low resolution images. Another serious disadvantage is that many systems are less effective if facial expressions vary. Even a big smile can render the system less effective.

Would a blank stare and a grimace through having your head shot off, as well as being dead, also have a marginal effect? At least, whoever they shot probably wasn't smiling.

Then, let's not talk about the lighting conditions, or whether they took the photograph square on. Of course, they could have published the photograph(s) on which they relied ... that would settle any doubts. They could have sent copies of the photographs to independent universities, which specialise in face recognition technology, for independent corroboration. But all this they seem strangely reluctant to do so.

However, joining in this theatre of the absurd, we now have The Times tell us that Osama bin Laden’s 12-year-old daughter has reportedly told Pakistani investigators that her father was captured alive by US Special Forces before being shot dead in front of his family. Presumably, it was after that, with the famous head shots, that they then took the photograph for facial recognition purposes. 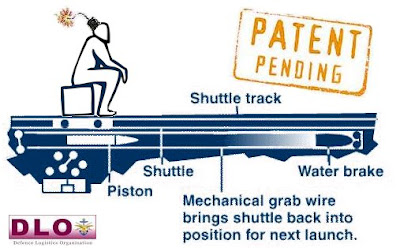 Well, at least if there are any doubts, the US have custody of the body, so they can repeat the tests. Oh woops! They've dumped the body in the Arabian Sea - or so I am told by a man, who knows another man, who knows a man who told him. He does not work in Area 51 by the way.

But it is a pity that a body has been deep-sixed (exclusive picture above, courtesy Anoneumous - it was an aircraft carrier ...). However, even if the evidence was now recoverable, it would not be conclusive. Would anybody like to tell me why the story so far is not a pile of horse manure?