The curse of the bubble 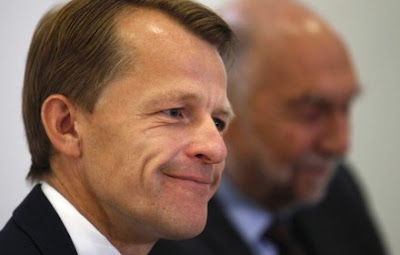 A man who deliberately broke the rules, ostensibly to protect his privacy, did not make a "mistake". Motivation is not an issue, no matter what the clever and sophisticated Mr Montgomerie might say.

The fact is that David Laws knew exactly what he was doing when he broke the rules, and neither are we talking about trifles. This, from an analysis of the Parliamentary report, was theft. He was claiming over the odds for "rent" and adding a generous amount for repairs and maintenance as well.

Further, a man who then tells the House of Commons: "If, by my actions, I've contributed in any way to further undermining the reputation of this House then I can only apologise without reservation," is not making an unreserved apology.

The structure of the sentence itself – starting with "if" - is conditional. But is he really suggesting that he does not know whether his actions have undermined the reputation of the House? He cannot make a reasonable guess? Then there is the further qualifier: the use of the world: "contributed". He is not taking full responsibility for his actions – he seeks to share the blame and the guilt with others.

If this man is taken back into the administration, it will be a travesty. He should not even be an MP. That the Cleggerons are still weighing their options tells you all you need to know about them. They lack even the scintilla of moral principle, or political nous. Outside the bubble, this stinks. But that is the curse of the bubble ... those inside it cannot smell their own stink.

The interesting thing is, though, that Mr Plod may take a different view, in which case the Cleggerons could have egg all over their faces. In their rush to excuse their luvvie mate, they have lost sight of the fact that they are consorting with a criminal.

COMMENT: "NOTHING HAS CHANGED" THREAD
Posted by Richard at 17:40