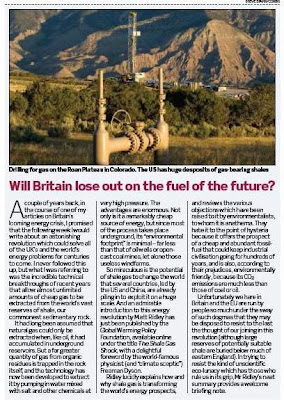 A report on shale gas by Matt Ridley for the Global Warming Policy Foundation (GWPF) had Booker romping into the field yesterday with a brief review, having promised to write about the subject a couple of years back, when it was still fresh and the GWPF hadn't yet invented it.

The report joins a comprehensive overview produced by DECC and is joined today by another, more comprehensive study produced by the European Centre of Energy Resource Security (EUCERS). Each report has merits and, between them, probably provide as much information as any non-expert could reasonably want (or be able to deal with), on this exciting issue.

Booker puts it fairly and squarely as "an astonishing revolution" which could solve all of the UK's and the world's energy problems for centuries to come, the "incredible technical breakthroughs of recent years that allow almost unlimited amounts of cheap gas to be extracted from the world’s vast reserves of shale, our commonest sedimentary rock".

That, as you might expect, is an oversimplification, necessary for Booker to cram the detail into the shrinking space he is allotted at the fag-end of the paper. He refers only to shale gas but there are several types of what are known as "unconventional hydrocarbons", which include so-called "tight gas" from low-permeability rock, and coal-bed methane (CBM).

At back end, there are the methane hydrates, with extraction techniques being tested by the Japanese amongst others. Total deposits are estimated at around three million tcf which, with total annual energy consumption approximating 500 tcf gas equivalent, gives us potentially a supply lasting 600,000 years, which should see me out.

What is not an oversimplification, therefore, or even the mildest of exaggerations is the "astonishing revolution" claim. Even with existing technology, we are indeed looking down the nose of an energy revolution which promises to bring cheap supplies of gas to the world, for the foreseeable future and beyond. 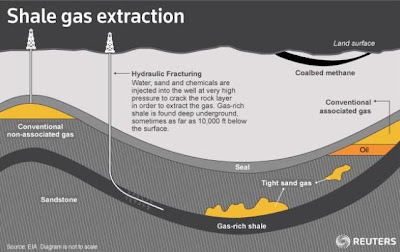 In terms of potential supplies in Europe, three major potential shale gas Paleozoic plays have been identified: the Cambrain-Ordovician (which stretches from Denmark through to Sweden), the Silurian (Poland) and the Carboniferous (which runs from the UK through to Poland).

The relatively cautious EU Commission and the International Energy Agency (IEA) believe these and other basins could yield between 33 to 38 trillion cubic metres (tcm), of which 12 tcm are tight gas, 15 tcm shale gas, and 8 tcm coal bed methane. In comparison, total conventional gas reserves in EU member states currently amount just to 2.42 tcm.

As we have noted on this blog, such sizeable resources have the potential to reshape radically the European gas supply picture. EUCERS argues that shale gas deposits could play a vital balancing role for regional gas markets. Therefore, in theory, they might be able to cover European gas demand for another 60 years.

A new EIA study, however, now estimates the technically recoverable resource in Europe at 624 trillion cubic feet (tcf) in comparison with 862 trillion cubic feet in the US, 1,069 tcf in Canada and Mexico, 1,225 tcf in South America and 1,275 tcf in China, although such figures are subject to wide variation.

Ridley, for instance, cites a study which has total in-place resources of 25,300 tcf, not counting large parts of the globe that were not surveyed, which include Russia. These numbers, he lucidly explains, "could prove either too optimistic or too pessimistic". 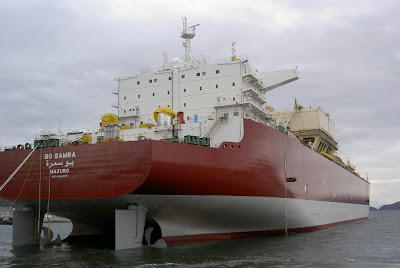 What is unquestionable is that, as far as energy crises go, there isn't a crisis. Gas supplies, world-wide are in surplus and international wholesale prices are tumbling. New ships, such as the Bu Samra, are coming into service, and the whole energy picture has become transformed.

Unfortunately, writes Booker, we here in Britain and the EU are run by people so much under the sway of such dogmas that they may be disposed to resist to the last the thought of our joining in this revolution (although large reserves of potentially suitable shale are buried below much of eastern England).

The problem, however, is more domestic than EU, as our continental cousins, under the shadow of the Bear with its malign grip on Europe's gas supplies, have a better grasp of the realities than do our gilded policy-makers. Thus do we see, even today, a frankly insane report from the House of Commons Committee on Climate Change highlighted in The Daily Mail. 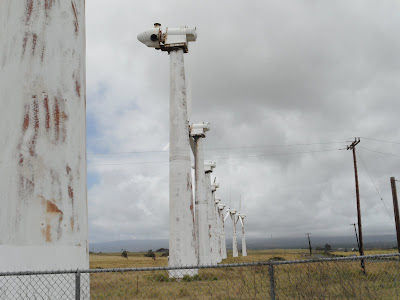 This tells us that offshore wind farm plans "are a costly mistake", which we knew already - we've been writing that much on this blog for ages. But it goes on then to call for "hundreds more wind turbines to be built onshore at a lower cost over the next eight years".

The type of insanity that confronts us here demonstrates that we have a different sort of crisis – a policy crisis, where our politicians and the green lobby have so far lost touch with reality that they no longer inhabit anything approximating the real world. The wind "bubble" has already burst, and in but a few years, as more plentiful and cheap gas supplies become available, the dead wind farm sited at South Point (Ka Lae) in Hawaii is going to symbolise a failed revolution (pictured above). The land will be littered with broken windmills.

It is my guess that sense will actually prevail on mainland Europe first. As Booker concludes, here we are having to resist "unscientific eco-lunacy which has those who rule us in its grip". When people finally wake up to what is going on, and that they are being totally stitched up on their energy costs to pay for the lunacy, we might just start getting some political traction out of the anti-green movement.