You speak not for us 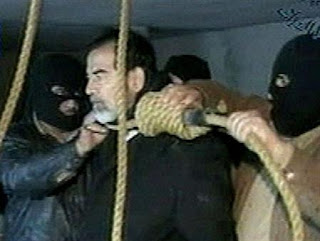 The European Union has condemned Saddam Hussein's execution, despite it being carried out with a delicious sense of justice inside one of his former torture centres.

One top EU official has even called it a "barbaric" act that could create an undeserved martyr.

The "official" response is bad enough. It comes from Finland, in the dying days of its EU presidency, a nation that would have no locus and no voice but for the accident of timing that gives it the presidency – lasting only two days more. 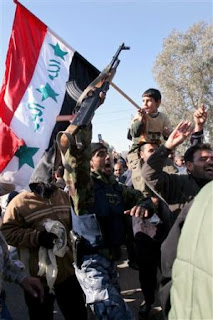 Together with a spokeswoman for the EU's "foreign policy chief" Javier Solana, they have declared their opposition to Saddam's hanging in Baghdad at dawn for crimes against humanity.

"The EU has a very consistent view against using the death penalty and it should have not been used in this instance either, although there is no doubt over Saddam's guilt of very serious crimes against humanity," Finland's Foreign Minister Erkki Tuomioja told YLE television.

EU Aid and Development Commissioner Louis Michel told Reuters he believed capital punishment was at odds with the democracy Iraq's leaders were trying to build. "You don't fight barbarism with acts that I deem as barbaric. The death penalty is not compatible with democracy," he said in a telephone interview.

"Unfortunately,” he adds, Saddam Hussein risks to appear as a martyr, and he does not deserve that. He is not a martyr, he committed the worst things."

Martin Schulz, leader of the Social Democrats in the EU, went even further, He told German radio "state-sanctioned murder" risked further destabilising Iraq. "It would have been possible to send a signal of reconciliation by pardoning him or by at least not enforcing the death sentence," he said.

We disassociate ourselves from the comments of officials of a supranational organisation that itself is fundamentally undemocratic and a blight on the nations of Europe. I say again: you speak not for us.