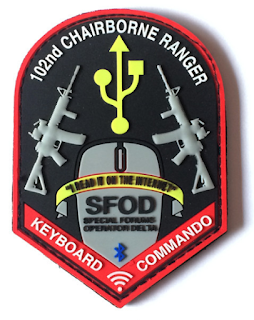 Last Friday we appealed yet again for more bloggers interested in forming an elite unit to push the progressive Brexit message. We've had about fifteen expressions of interest. That's actually really good.

We have tried this experiment before back in 2006 by creating an aggregator for the team. Had I been a halfway competent web programmer at the time it could have worked, though really the germ of the idea was in essence a variant of Twitter. What made it unrealistic was the level of work involved for something that was never going to make any money.

The problem with with idea was that it was far too labour intensive and we were largely herding cats. We went to considerable efforts to keep people on board. Learning from this, we approach it differently this time. There is no time or room for stroking egos. What we need is self-starters and will not be quick to take offence.

We do not seek to control the content, but we are task focussed and we are immovable in our belief that we must have message discipline. On the core message, there isn't much room for debate. You can see from the comments on Friday's article that we're not messing about. It's too much to ask of us that we sell this to you personally. By now you will have read the posts we linked to in Friday's article and will have made your decision on the basis of that.

Again we stress we are not about bent-bananas and bean-counting over how much we save in EU membership fees. Nor do we see any value in talking about immigration in any sense since the level of white noise on that subject is impenetrable and we can make no guarantees as to what Brexit will achieve. Our statement of values, our strategy and our vision are key to this operation and we expect at the very least that applicant will have read and understood them, and will have read the shorter version of Flexcit.

We are not seeking to be a rival operation to any campaign. We have neither the funds nor the reach and there is no value in yet another generic populist outfit pumping out the same tired material. We can confidently assert that the arguments we have engineered are stronger, more appealing and in every sense better than what the rest of the eurosceptic crowd can offer.

We want to build up a core of voices distinct from the background noise that eurosceptics make. They have to be working to the same set of principles and to the same strategy, because the power comes with coordination.


Our last attempt at this shattered a few assumptions of ours. Certainly I used to think that almost anybody can write and they could become decent bloggers with just a bit of encouragement. It turns out that writing is a rare skill and certainly finding conscientious people who will pay proper attention to formatting and detail is no small undertaking.

Thus we are not discouraged by the small uptake thus far. It's better to get a small cell running to a decent standard that to try to marshal mediocrity. We already have about seven people working together in Twitter, and in the furry of activity just after the election we were successful in planting certain notions and ideas into the political discourse. Working as a task force works.

As a base to start from, that's manageable and we are looking to get new individuals up to spec and working together. In turn, they will be expected to recruit their own cell. We suggest between five and ten per cell. If we have mature and switched on people, they need very little instruction or guidance. In that regard, we want the best.

That said, there is also a place for people who don't feel they can take on such a commitment. It isn't easy, it is time consuming and at times can be wholly demoralising. Why we do it, god only knows. In terms of the flack we get, we get worse from our own side for daring to try. You can contribute to the operation just by retweeting any original content you see from our bloggers on the @eureferendum Twitter account. Just alerting us to possible recruits is of value and tweeting our message at journalists and other opinion formers is a worthwhile contribution.

If by now you are sold and want to participate, you can start by setting up your blog and alerting us to its presence. My advice is to keep it simple and use a minimalist template much like this blog. You can go to town on customising blogger but there is little value in it and it distracts from the core activities. Last time we tried something like this I offered support in the creation of mastheads and banners and tweaking templates. This time, I don't have the time and would rather focus on the task at hand. I can and will help in exchange for a small donation to www.eureferedum.com but good, readable content is more striking than an elaborate site - and the more, the better.

Really we'd rather people had as much autonomy as possible, so we ask you to use your own discretion in what you tweet and retweet and keep in mind that with every post you are adding to, or subtracting from the overall message. Meanwhile, this video gives you some idea of the intellectual tapestry we are weaving. We feel it best to lay down a blanket of posts along this theme that address various aspects of the complexities with a view to making them accessible to a wider audience.

Further updates will appear here and the aim of this blog is to produce a working database of the arguments and how to make them. Feel free to reuse and recycle any material you see here.
Posted by Pete North at 07:20