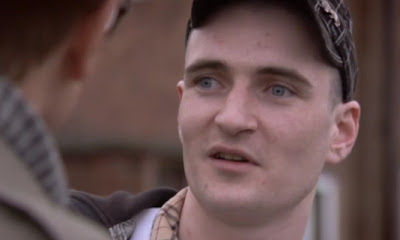 This is a post to discuss the institutional myopia of the BBC. My state of boredem has reached such depths as to be trawling BBC iplayer for something even vaguely watchable. I know, I know. A futile gesture if ever there were one.

But I did come across this. This is a spin-off from the Coast series, unimaginatively named "Town". In the final ten minutes, the presenter digs under the picturesque facade of Ludlow to explore the depressingly impoverished council estates. At time index 51:04 the presenter talks to what some might call a chav. A twenty two year old, relatively eloquent, man who would otherwise have a good life as a chef, were it not for state subsidized poverty.

He tells the camera that an apprenticeship at the age of 16, straight after school was the highlight of his life in which he discovered something he was good at. But it has got him nowhere. And what we have here is a classic mindset problem. That work will come to him rather than him going to find work.

No doubt this poor man has been through the Job Centre mill of placement schemes and long been fed false promises. And the thing that will keep this man poor? More of the same along with subsidized housing. Once a slave, always a slave.

"All that countryside used to create a lot of jobs. Not anymore" the presenter laments. But it has not done that for a very long time. So we have to now ask why there is a housing estate full of useless people. Because we pay for them to be there.

So on the one had we see the dead hand of the EU and the CAP and the other, the equally deadweight policy of social welfare. And not once does this get a mention in the programme. The programme feels more like a Red Nose Day appeal slot.

These poeple are the victims of everything the BBC has sought to push on us over the last (arguably) five decades and now the chickens have come home to roost, there is not a hint of introspection or illumination. It is simply just another problem we must throw more money at.

Thus I am forced to conclude that things will be no different until the truth is told and the mindset changed. The problem is not simply one of the EU. It is our own people who have been brainwashed to believe the Easter bunny can and will resolve all that ails them.

We cannot hope to challenge either the EU or domestic government until people are asking the right questions. Until that day, I feel our primary aim should be the wholesale destruction of the BBC by whatever means at our disposal.