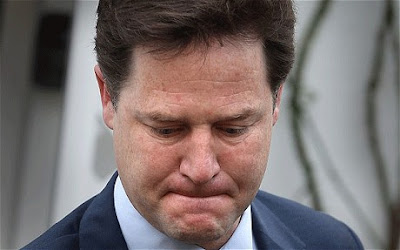 Voting was lowest in London, where there were no local elections, delivering 1.86 million votes comprising 35.4 of the total electorate. Scotland, which also ran assembly elections, had the Haggis-eaters out in their droves ... but still only barely tipping the half-way scales. There were 1.98 million voting on a turnout of 50.7 percent, the highest regional vote of the day.

The South East softies turned out 2.79 million to deliver 44.3 percent, the pastie-munchers and cider slurpers of the South West got 1.80 million to turn out, topping the bill in England at 44.6 percent. The turnip-crunchers in the Eastern Region managed 1.84 million inbreds and 43.1 percent turnout. The Blackies of the West Midlands found 1.63 million and 39.8 percent with sufficient intelligence to find their polling stations (it doesn't say how many started out), while the nasal droners of the East Midlands delivered 1.43 million and 42.8 percent.

The overall turnout might have been that bit higher had there been an opportunity personally to do damage to Clegg, but since he couldn't promise to be everywhere, that depressed the count a few points. Nevertheless, at a cost estimated at £100 million - a complete waste of money - the idea of messing about with the voting system has been parked for a generation. What we do about the politicians is another matter.

NB: Apart from Yorkshire, I think I've managed to offend everyone, but please let me know if I've left anyone out.