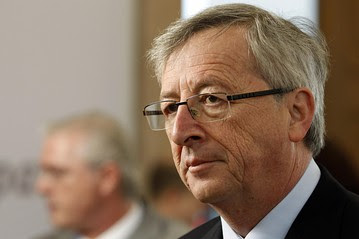 How do you know when politicians are lying? When they open their mouths ... simples. But of course, it isn't always the case. Sometime the truth slips out by accident, as the Wall Street Journal discovers, recording that Jean Claude Juncker (pictured), the PM of Luxembourg, and the head of the Eurogroup council of eurozone finance ministers, admits openly to having lied to the media.

This is about that emergency meeting last Friday, revealed by Spiegel online, about the fate of Greece, and whether it was going to pull out of the euro. The story is explored further in Zerohedge, noting that Juncker claims the lie – which centres on the denial that the meeting was being held - was justified because of fears of a market collapse. "When it becomes serious, you have to lie," he says.

Says Zerohedge, at this point Europe no longer even attempts to hide that everything is one big lie and that should the truth emerge the market will crash more than ever in history. It then reflects, "and why would the US be any different? It wouldn't which is why we can now safely say that pretty much any information coming out from the government and its proxies that has a stock market impact is false until proven true".

That, in fact, is the new paradigm – one with which the MSM still have not caught up. The babies of the media still work on the basis that governments are fundamentally trustworthy, and should be believed. And, of course, this not only applies to financial information. Can I sell you a ring-side seat to the OBL show? Next performance on ...