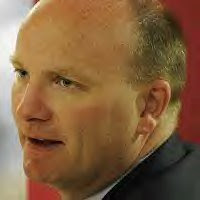 The Independent reports that Declan Ganley, the would-be saviour of Europe, has quit politics. Mr Ganley had asked for a recount in the horribly complicated Irish voting system because he thought that some of his votes had been allotted to another candidate. It turned out to be the other way round and the votes, allotted properly put Mr Ganley 13,000 behind the front three runners in the North West euro constituency. (That is, clearly, not the same as the North West euro constituency in England.)

Mr Ganley has rather grandly announced that Libertas was not about him and his return to the private sector will not affect the campaign in the second Irish referendum one bit.

On the whole, this can be described as utter tosh. Mr Ganley made quite sure that much of the campaign was about him. Even if that were not true, his behaviour has done great damage to the cause, damage that it may not recover from.

As readers of this blog know, we were sceptical of Mr Ganley and Libertas.eu both for personal and political reasons. Mr Ganley and the Former British Soldier, Robin Matthews, who led the UK campaign, did little to endear themselves to people who were interested in their activity. (As I said before, I do not take kindly to people who patronize me, unless it happens to be the boss.)

Their political ideas were muddled, (and here) to put it mildly. The idea that there could be some sort of a reform of the European Union through the Toy Parliament, no matter who is elected is laughable in its ignorance of the structure of the political entity they were haughtily explaining to others. (Haughtily but rather vaguely.)

Added to that was the incoherent campaigning that consisted of appeals to eurosceptic groups interspersed with assertions that Libertas.eu was definitely Europhile, as, indeed, it was.

I lost track of the number of press releases I was sent, all of which attacked UKIP. When I asked for a reason, I was told that they were anxious to make sure that UKIP did not benefit from the expenses scandals and, therefore, they had to keep reminding people of such dubious characters as Tom Wise.

This would be logical if people voted solely on the basis of what they thought about the expenses scandal. But that was not so. The fact that UKIP came second, the vote for the various eurosceptic parties added up to a sizeable chunk and the BNP got two seats in the Toy Parliament would indicate that there was a great deal more on people's minds. That is why neither Libertas.eu nor Jury Team did particularly well. It was not simply an anti-politician vote, though there was an element of that.

Finally, there was Libertas's unfortunate tendency to be less than completely transparent in its descriptions of its activity.

For those or other reasons Libertas.eu did as badly as we expected in Britain and 25 other member states. Perhaps a little worse than we expected in Poland. What was rather shocking is how badly the party did in Ireland where the only other one to oppose the Constitutional Lisbon Treaty was Sinn Fein. Did the Irish really vote on domestic issues only or did they feel they had had enough of Mr Ganley and his merry men (and women)?

The answer can come only from someone who is better acquainted with the situation in that country. However, it seems to us obvious that Mr Ganley made a monumental mistake when he allowed his vanity to lead him into trying to form a pan-European party.

Flushed with the triumph of the No vote in the first Irish referendum he ought to have sat back and said that he was interested only in stopping the treaty. This could not be done in the Toy Parliament (a point that escaped Mr Ganley, I suspect) and, therefore, Libertas was not going to get involved in those elections but wait for the second referendum and campaign there.

At most, he should have campaigned only in Ireland, making that into a back-up referendum. He and his colleagues might have done quite well.

Instead, Mr Ganley decided to promote himself and his followers into a band of brothers dedicated to the salvation and reform of the European project. They failed miserably and deservedly. In the process, though, they destroyed Libertas's political credibility in Ireland and damaged, very severely, the chances of a No vote in October when the second referendum is likely to take place. (Smart money is on October 10 but no decision can be taken until the Referendum Bill is passed by the Dail in July.)

The battle in Ireland will be a tough one, made much tougher by Declan Ganley's recent antics and failure. We, in this country, must do all we can to help. This blog is standing by.