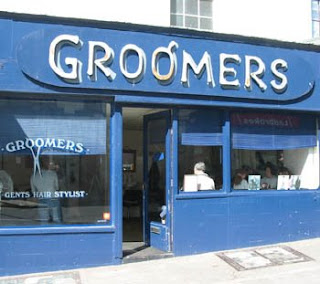 Announced yesterday by László Kovács, the EU taxation commissioner, was a plan permanently to reduce VAT on a range of goods and services.

This has been picked up by The Daily Telegraph business section, which reports: "EU plans to lower VAT could help Britain's service sector".

The paper focuses on the "cost of eating out, hairdressing and elderly care", which "could fall because of European Commission plans to reduce VAT rates on labour-intensive services." These follow, we are told, "experiments started in 1999 to see whether reduced VAT rates would boost job creation and combat the black economy."

Interestingly, though, cutting back VAT on restaurants and hairdressers has a much later provenance, dating to January 2006 when then president Jacques Chirac put this on his shipping list as a way of boosting the French economy. Only now, over two years later, does it reappear, but with a commission rather than a French label on it.

Another thing that has crept in is the reduction on VAT for the "renovation and maintenance services provided to places of worship, cultural heritage and historical monuments" something for which there has been a strong campaign in this country – which Gordon Brown has resisted.

Not included, though, is the object of the Taxpayers' Alliance campaign, the reduction of VAT on ordinary building repairs and renovations, which means flood victims – amongst others – are going to have to continue shelling out to restore their homes.

But the biggest omission is Brown's headline-grabbing initiative from last month – his plan to exempt "greenie" goods like energy-saving light bulbs and home insulation material. Not a mention of it finds its way into the commission’s plan, amounting to a clear snub to the British prime minister.

The greatest joke of all, though, is that the commission initiative is supposed to be aimed at reducing the burdens on small businesses, recognising that it is small businesses which generate the employment growth in the economy. But, if it has taken since 1999 – by its own estimation – just to come up with a proposal, then this is hardly indicative of a vibrant, dynamic organisation, capable of responding to fast-changing circumstances.

By contrast with the speed of the commission, glaciers are positively fast.