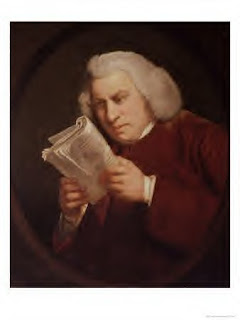 Famously or infamously, Dr Johnson is supposed to have described patriotism “as the last refuge of the scoundrel”. Ever since Boswell quoted it in his biography of the great curmudgeon, the sentence and its meaning have been widely debated. On the whole, most people agree that true patriotism is not being impugned here but that Dr Johnson was acutely conscious of the number of scoundrels who would … well how would one put it? …. drape themselves in the flag for their own purposes.

That was my obligatory hit at the Prime Minister and his unpleasantly scoundrelly patriotism. Dr Johnson would not have like him or his opponent, the Boy-King of the Conservative Party much.

Here is another concept to which all sorts of people, scoundrels and just plain ignoramuses stream – the nation state. There is nothing wrong with the nations state, assuming you can define it, but there is not much right with it either. Not by itself, that is.

Some nation states are liberal and constitutional democracies; some are rather ghastly authoritarian monstrosities. The Treaty of Westphalia is no help at all, as the concept of the nation state did not exist in 1648. Most of the states involved in the war it brought to an end were German and France cheerfully grabbed several German statelets all for her own. The Bishopric of Metz and Alsace, for example, changed from being parts of the Holy Roman Empire to being parts of the French nation state and areas for French soldiers to die for.

Some nation states are successful amalgams of many other nations, such as the United States, Canada and Australia; most modern nation states have various ethnic ancestries to a greater or lesser degree; one of the most puzzling nation states is Switzerland that seems to have forged itself from various cantons, four languages and two religions; and many parts of the world find it hard to draw precise boundaries between nation states with constant frictions around the border areas.

Nevertheless, the nation state has become a mantra not only for those who oppose supranational and unaccountable organizations but those who oppose Western intervention in various places, sometimes for good, more often for not very good reasons. In fact, too many supporters of the nation state seem to have become supporters of the worst dictatorships around.

Serbia is being supported in the UN by Russia and China. Birds of a feather, I suppose, and I have no doubt those commentators in Britain who are weeping about Serbia are very proud of being on the same side as those two countries.

As this blog predicted there has been little practical support from either of the big countries for Serbia as that country and Kosovo are hardly Russia’s, let alone China’s problem.

Interestingly enough, however, numerous supporters of Serbia’s “rightful” claims to Kosovo, which can, at least, be argued, have shown themselves to be supporters of Russia and China as well. Apparently these two highly oppressive states, whose record in keeping whole nations imprisoned is formidable, are, in reality, defenders of the nation state.

As far as Russia is concerned, I can think of a number of nation states or just nations who would disagree with that scoundrelly point of view. Start with Finland in the north and move down and round eastward – you will find many states and nations with strong views on Russia.

Presumably, according to these vociferous proponents of the nation state, those who oppose oppression by a real tyranny, like Russia or China have no rights to their nationhood, let alone a state. Thus Georgia and Ukraine, nation states both, have no right to make decisions for their security if Russia says boo to some European countries it has managed to control through the supply of gas and oil.

Then there is China, the imminent host of the Olympic Games, handed over by the despicable and obsequious, not to mention corrupt, IOC on condition, or so it was said at the time, of the country improving its human rights record just prior to the Porcine Air Force taking to the skies in large numbers.

Of course, China has not improved its human rights record and has, in preparation for the great event, been rounding up journalists, bloggers, dissidents and people who protest against illegal land grabs. But hey, this is all done in the name of the nation state and we must not criticize.

The recent events in Tibet and among Tibetan communities across the world have invoked not just a serious crack-down by the Chinese authorities and a recourse to the usual methods of re-education but also some curious configuration in opinion.

It is not surprising that most Chinese blogs took an anti-Tibetan line though there was minimal reporting of events inside the country. Unlike western supporters of Chinese action they did not deny or minimize the fact that Tibetans are a different nationality; they simply did not consider it important. Everyone under Han Chinese rule should be pleased to be so.

Besides, teaching of history in China tends to be somewhat one sided and Tibet is described as having been Chinese throughout its history, something that is palpably untrue but is believed by an astonishing number of people in the West as well.

Those who believed that Kosovo was “always” Serb, everything Russia claims was “always” Russian, also believe that Tibet was “always” Chinese and is part of the Chinese nation state despite being a different nation and despite having been a more or less separate state for much of its history. This rather dubious belief makes it acceptable for China to suppress as brutally as it likes any sign of Tibetans wanting to live by their own laws and rules.

After all, as numerous responses on various blogs and, indeed, some blogs said, we get soooooooooooooo many lies about China in the media. The country is really a great peace-loving and just ordinarily loving family with those nasty Tibetans rioting, which was the only event that resulted in deaths. Since the official Chinese media said so, it must be true.

Some responses on Iain Dale’s extremely sensible comment about Gordon Brown admiring Chinese local democracy raved about the West being far worse, whatever the Chinese government may do. The whole story says a lot about Gordon Brown and about vociferous supporters of the nation state, which seems to have become an excuse to support some of the worst tyrannies in the world.

Even Chinese writers and journalists, not to mention some bloggers, are calling for discussions with Tibetan monks and leaders. Perhaps, they are not quite so obsessed with that nation state concept. 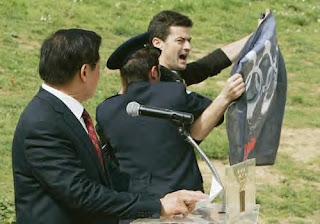 Curiously enough, the great supporters of the nation state find themselves on the same side as the most egregious and corrupt of all tranzis, the IOC, that is twisting and turning but refusing to do more than tut-tut mildly at what is going on in China.

Actually, we do not know most of it, as the rather mysterious half-stories about the Uigharts show. Something is wrong in that region as well but it is harder to find out.

Those of our readers who are not obsessed with the glories of the nation state, particularly if they are run by bloody tyrants, might like to know that protests are being planned in London on April 6 when the Olympic torch, lit by a pretty Greek actress in a faux ancient outfit while pro-Tibet demonstrators were dragged off by the Greek police, will be carried through this great city of ours. Nearer the time I shall write more about it but here is the link to those organizing the Free Tibet side of it. 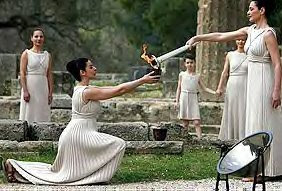 There will also be protests about the treatment of Falun Gong and the Han Chinese as well, should they step out of line. So, even if you are obsessed with the needs of the nation state, you might like to protest about this particular nation state (or something like it) being given so much free publicity by the world and its transnational organizations.

My solution to the Olympics remains the same – if we cannot abolish this noxious event, let us imitate the Ancients and have it always in one place. Let us abandon this disgusting travelling circus and rounds of bribery. Which country should have it in perpetuity? Step forward Greece.

The Greeks are always whining about their ancient heritage (well, parts of it – little is heard about the Spartans or what the Athenians did to other cities). Here is a great chance for them to keep that heritage alive. In return they can stop whining about the Elgin Marbles, which they are not going to get in order to put in some new museum, built on an important Byzantine site. But I digress.

Right now, what matters is solidarity with those oppressed by those representatives and protectors of the nation state, the Chinese Communist authorities.
Posted by Helen at 12:01